Results 23.09: Iran’s drones and the beginning of “referendums” 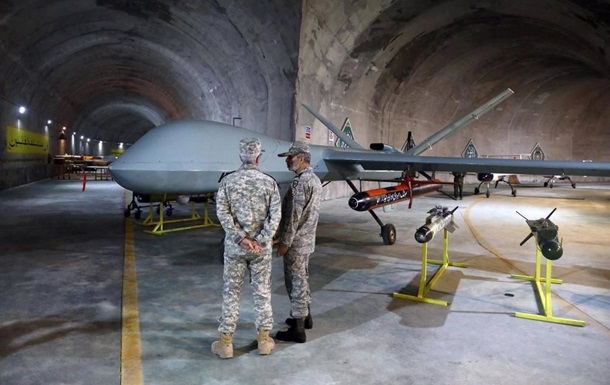 Russian troops with the help of Iranian-made battle drones hit Odessa and the Dnipropetrovsk region. During the day, Ukrainian air defense forces shot down eight such UAVs. In this regard, the Ministry of Foreign Affairs of Ukraine, in accordance with the instructions of President Volodymyr Zelensky, removed the Iranian ambassador from accreditation, and also decided to significantly reduce the number of diplomatic staff of the Iranian embassy in Kyiv.

Russia launched the “referendum” in the occupied territories of Ukraine

In the occupied territories of Donetsk, Luhansk, Zaporozhye and Kherson regions of Ukraine, Russia began its attempt to hold pseudo-referendums on “joining the Russian Federation.” At the same time, the conquerors did not fully control any of the regions. The network is flooded with photos and videos proving that the so-called “voting” is carried out in an illegitimate manner, often at gunpoint.

In response to Moscow’s actions, the West announced the preparation of a new package of anti-Russian sanctions.

The Armed Forces of Ukraine continue to liberate the Donetsk region

During the conduct of offensive operations in the Donetsk region, units of the Defense Forces of Ukraine established control over the settlement of Yatskovka. Ukrainian troops are improving their tactical position. Thanks to the timely reunification of the units of one of the mechanized brigades and the high-quality combat organization, the defenders managed to regain their previously lost positions in the direction of Bakhmut.

The benchmark oil price fell sharply on the last business day of the week. Thus, the futures price for Brent crude oil for November delivery on the London ICE Futures exchange fell by 4.99% to $85.95 per barrel. The price of Brent fell below $86 per barrel for the first time since January 24 this year.

Deputy Defense Minister Anna Malyar said that Ukraine is conducting a defensive war, so it will not attack Russian territory, but will return all its own. Thus, Kyiv fully complies with the norms of international law.

President Volodymyr Zelensky informed that the daily losses of Ukraine in the war so far are about 50 people, but these numbers are approximate. In general, the Ukrainian side lost five times less military than the Russian side, he added.

Shmyhal named the value of Russian assets frozen in the West

Prime Minister Denys Shmygal announced that Western countries have frozen the assets of the aggressor country Russia in the amount of $300 billion to $500 billion. According to him, Ukraine is lobbying for the adoption of a new international agreement to confiscate these properties, because large funds will be needed to restore our country after the war.

In the liberated city of Izyum, Kharkiv region, experts finished exhuming the bodies of those killed by the invaders in the mass grave site in the forest – a total of 436 bodies were raised. Most of them had signs of violent death, and 30 had signs of torture. Also, most of those buried were civilians, military – 21.

The APU forced the southern invaders to retreat

After a series of effective attacks by the Ukrainian defenders in the southern direction, as a result of which the command posts, command posts, places of concentration of equipment, weapons and the Russian military itself was hit, the occupying forces began to retreat. The Ukrainian army, in turn, is advancing and consolidating its positions.

Previous article
Biden commented on the pseudo-referendum of the Russian Federation
Next article
Deer slab. our favorite places to see (and hear) the scenery this fall