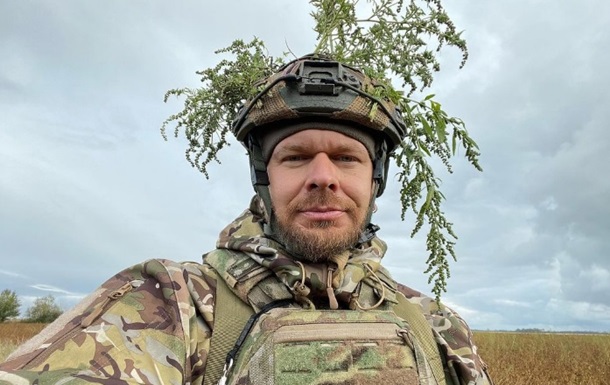 In February 2022, Alexander Polozhinsky signed a contract for military service in the reserve of the Armed Forces of Ukraine.

Ukrainian musician and former member of the Tartak group Alexander Polozhinsky, who joined the Armed Forces of Ukraine, told how the military exercises. He announced this on his Instagram page.

In particular, the artist shared that he spent most of the day in the field, and also lay in “positions” in the rain for several hours, and despite the weather, it was easy.

“Yesterday, almost the whole day in the field, where we spent two hours “in positions” in the rain. We were in the rear, while exercising – it was easy for us. And how did our people in the front cope. the rain? I think it is difficult – and morally, and physically. And they do not become limp, which brings sincere pleasure,” he wrote.

Alexander Polozhinsky also added that he believes in Ukraine’s victory in the war unleashed by Russia. However, for this it is necessary to unite and believe in the Armed Forces of Ukraine.

Earlier it was reported that Alexander Polozhinsky published a photo from the front. He tried himself as a tanker.