Lilia Paredes: What does the investigation require to prevent the first lady from leaving the country? 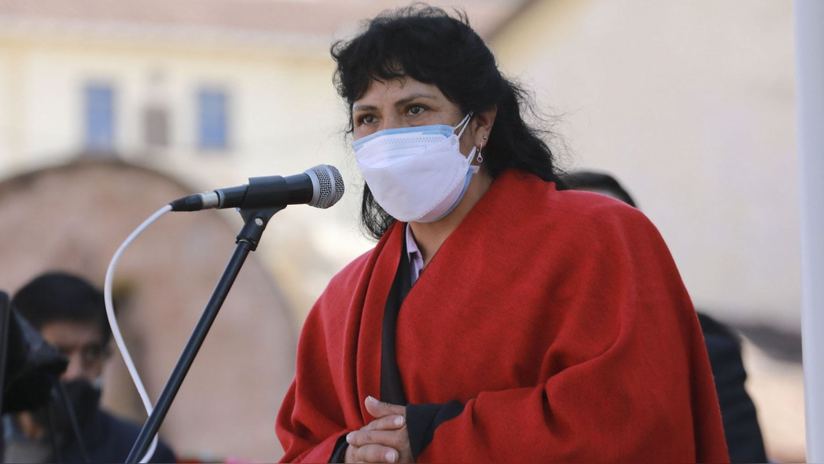 Thursday, September 29 Judge Raul Justiniano Romero will decide whether to accept the prosecutor’s request to appear with restrictions and impediments to leave the country for 36 months in relation to First Lady Lilia Paredes, who is being investigated for allegedly a criminal organization to the detriment of the state.

During the face-to-face hearing, which will take place from 09:30, the magistrate will also analyze the request of the Special Prosecutors’ Group on Combating Corruption in Government that these restrictive measures be taken against Walter and David Paredes Navarro, brothers of the President’s wife Pedro Castillo and businessman Hugo Espino Lucana who accepted a sincere confession.

The hearing was to take place on September 5; however, Judge Justiniano Romero rescheduled it for this Thursday, after Second National Criminal Appeal Court declared inadmissible the protest submitted by the Defense of the Mayor of England, Jose Medina Guerrerowith which he sought to separate magistrate of this preliminary investigation.

AT RPP News ExtensionThe lawyer stressed that the first lady returned to the country after a trip to the United States with President Pedro Castillo. In his opinion, this factor would be “incontrovertible” proof that Paredes Navarro has no intention of fleeing the country in the midst of investigations that are ongoing against him on charges of belonging to an alleged criminal organization that has settled in the Government Palace.

Is this measure necessary? The answer is no! I note… that the first lady traveled to the United States, accompanied her husband during a visit to the UN and other events that were held, and returned to Peru. What is important is not that he left Peru, what is important is that he returned, and this is irrefutable confirmation that the obstacle to leaving the country is unnecessary and therefore disproportionate,” he said.

What is the investigation?

Special group of prosecutors against government corruption in August, a preparatory investigation began against the first lady, Lilia Paredesfor having supposedly made possible the financing and hastening of public works which were carried out irregularly with the knowledge and approval of President Pedro Castillo

According to the hypothesis about public servicethe role of the president’s wife in an alleged criminal organization entrenched in the highest spheres of power would be coordinator in works put up for auction in the municipality of Angii (Cajamarca).

The prosecution also stated that Yennefer Paredes, the alleged daughter of the presidential couple, will be the main “lobbyist” within the alleged criminal organization. It is because of this incident that the daughter-in-law of the president and the mayor of England, Joseph Medinathey correspond pre-trial detention for 30 months.

The Ministry of Health believes that Lilia Paredes He would be the one to inform the head of state of the projects that were being negotiated and he, in agreement with the then Housing Minister Gainer Alvarado López, included them in emergency decrees to ensure their viability and thus contribute to the front. company of brothers Angie and Hugo Espino Lucan.

The Silence of Lilia Paredes

September 12 First Lady, Lilia Paredesdecided to remain silent during the inspection conducted at the headquarters public servicein Cercado de Lima, to testify as a witness in a case that follows alleged irregularities in the award of community service in Municipality of England.

After the hearing is over, Benji Espinozapresident’s wife’s attorney Peter’s castleconfirmed that his sponsor did not answer questions from the provincial high prosecutor Marco Huamanwho is running a case involving the President and the former Secretary of Housing, Gainer Alvarado.

“[¿La primera dama ha respondido o ha estado en silencio?] Silently, as your right. I think it’s important that citizens know that the president and the first lady are giving lessons to enjoy the rights of the people. The rights are not a decorative picture and not a trophy that can be hung on the wall…,” he told reporters.

Legal Defender Mr. presidential couple He confirmed that both Castillo Terrones and Paredes Navarro would testify in a timely manner when the state ministry formalizes charges against both.

Espinoza argued that procedural logic establishes that the person under investigation responds to the allegations when the prosecutor’s office presents evidence supporting the allegations.

“The procedural logic is: “I accuse you, and you defend yourself against what I accuse you of. I present evidence and you answer me according to the evidence. The logic is to blame, blame, and then defend yourself,” he said.