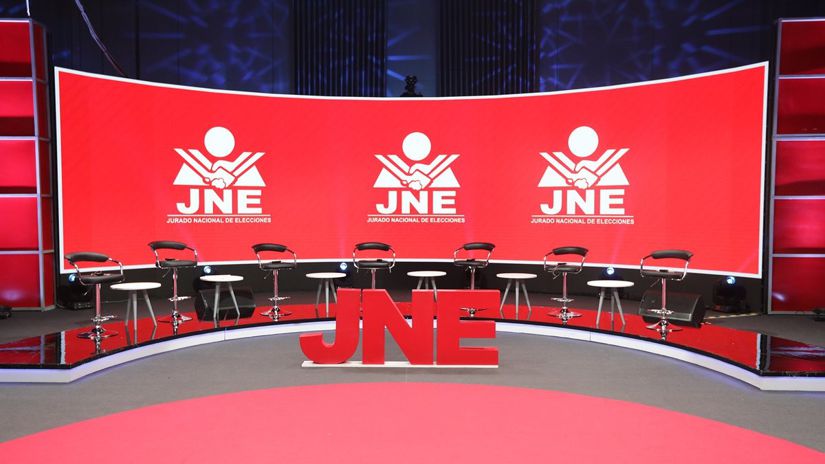 Just three days before the municipal debate, which will be attended by 8 candidates for mayor of Lima, National Electoral Jury (JNE) asked political organizations not to bring their supporters to the event, which will be held at the Ella Dunbar Auditorium of the National University of the Mayor of San Marcos (UNASM).

This was reported by the press secretary of the election commission. Monica Mauritiusin statements Andean agency. According to the official, this was done as a measure to protect against the pandemic and to avoid conflicts between fans that could interfere with the development of activities.

“It is always recommended to avoid wearing ‘laptops’, not only because of the pandemic, but also for safety reasons; We do not want conflicts that may arise at the entrance or near the venue debate”, held.

In this sense, he said it was “not good” to signal a confrontation between political organizations when the purpose of the activity was “the exchange of ideas for the benefit of the citizens.” For this reason, he pointed out that JNE He urged the parties not to allow the presence of their militants and supporters.

Only candidates will enter

Same way, Mauricio He emphasized that only candidates accompanied by a “cut down” number of staff as well as previously selected citizens who will question applicants as part of the “Ask Your Candidate” campaign. also indicate who is collaborating with the organization.

“There will be biosecurity protocols, candidates are limited in the number of people who can accompany them, the idea is that it will be a small capacity to keep them all safe,” he stressed.

As you know, the municipal pre-election debate will be held this Sunday, September 25, at 20:00. and will be moderated by journalists Josephine Townsend D Carlos Cornejo.

The event will consist of 4 segments. The first segment will consist of questions from citizens and moderators on 4 topics: socio-economic, territorial, environmental and institutional. Participants will have one minute to answer each of the two questions.

The second segment will consist of questions and answers between candidates. For this, 4 pairs were formed and each participant will have a total of 3 minutes to ask, comment and respond to the other. The pairs were formed in a draw that took place yesterday at the headquarters of the Jesús Maria constituency.

In the third block, each participant will answer “yes” or “no” to two questions formulated by public organizations. To do this, they will have 45 seconds per question to answer and justify their answer.

Finally, the fourth block is called City Vision and Final Message, where each candidate will have 1 minute and 30 seconds to talk about their vision of the city and deliver their final message to voters.

In this election campaign, candidates for the mayor of Lima did very little to disseminate their cultural offerings. What’s this? Exists? In the next report, we will review the initiatives included in their government plans.