The Accounts Chamber has begun the process of collecting information from the FAP about Fry Vasquez’s proposed trip. 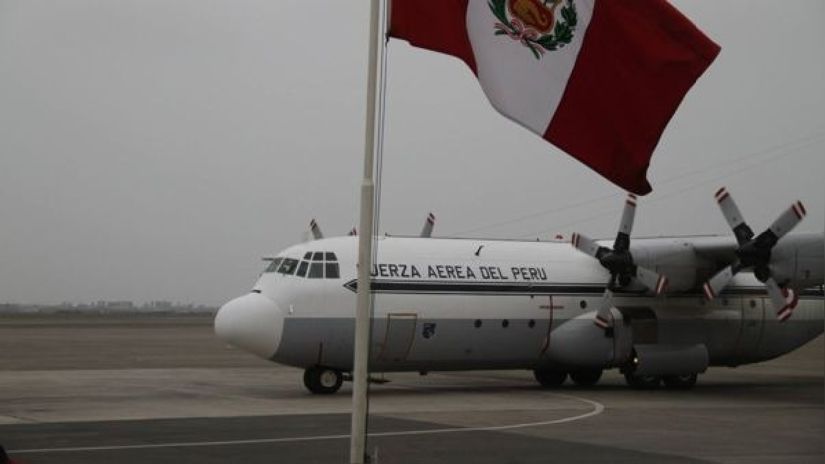 The Comptroller General of the Republic has initiated a process of collecting information from the Air Force of Peru (FAP) about the intended journey that the passenger may have taken. “Lay Vasquez” which, according to the Centro Liber portal, was supposed to board the presidential plane on June 23 in the direction of Chiclayo (Lambayeque).

According to the document sent to the General Commander of the FAP, General of Aviation Alfonso Artadi SalettiThe group of specialists who will collect information will consist of Aland shells, Wednesday (team leader) and Abdiel Mamani (member).

“This Institutional Control Body has ordered the start of a service related to the collection of information for the “Service provided by FAP aircraft at the request of the executive”, the period of 2022; definition of a prefabricated brigade, ”says the document sent by the head of the Institutional Control Body of the FAP, Azucena Crusado Pretel.

Cruzado Pretell concluded his letter with a request that the accredited group be given “opportunities on the case” to “achieve the planned goals”.

In the meantime, the Peruvian Air Force has indicated through its Twitter account that it is making every effort to Special group of prosecutors against government corruptionto carry out appropriate investigations in Squadron No. 8, where the public ministry arrived yesterday to conduct an inspection following a journalistic complaint.

Last Sunday, a report titled — Escape on the presidential plane? portal Freedom CenterIt emerged that on the passenger list of the presidential plane’s flight to Chiclayo, the capital of the Lambayeque region, on June 23, “the name of one of the crew members registered as ‘nephew’ was highlighted.”

According to a passenger manifest obtained by the media under the Transparency Act, the plane was carrying 33 people, including government officials and members of the president’s family. The attention-getting name is the name of the person identified as Lay Vazquez Castillo with DNI 97069630, both data are missing from the registries of the National Identity and Civil Registry (Reniec).

Freedom Center states in his report that he is satisfied that presidential castle he does not have a nephew with that name, and the question arises as to the possibility that it is Fray Vázquez Castillo due to the similarity of the first name and the coincidence of the last names.

Brother Vasquezunder investigation for amalgamation of an alleged criminal organization that applied for a job at the Ministry of Transport and Communications, has an arrest warrant since last March and has been burdened with 36 months of preventive detention since April of this year.

AT News extensiondirector of the Lieber Center, Patricia Hoyos, claimed that his portal received the names of the people who boarded presidential plane after requesting a list from the Peruvian Air Force (FAP), relying on Law on Transparency and Access to Public Information,

Thus, Hoyos dismissed statements by President Pedro Castillo who claimed that the report was “rigged” and was another attempt to “delegitimize” his administration.

“In August, we submitted a request for access to public information before Air force from Peru through their respective channels. In this case, we go to the table of virtual parts; Moreover, our request was registered under the code 49JH4R711, protected by our constitutional right to access public information,” he said.