Environmental agenda: the debt of candidates for Metropolitan of Lima, which can no longer be postponed 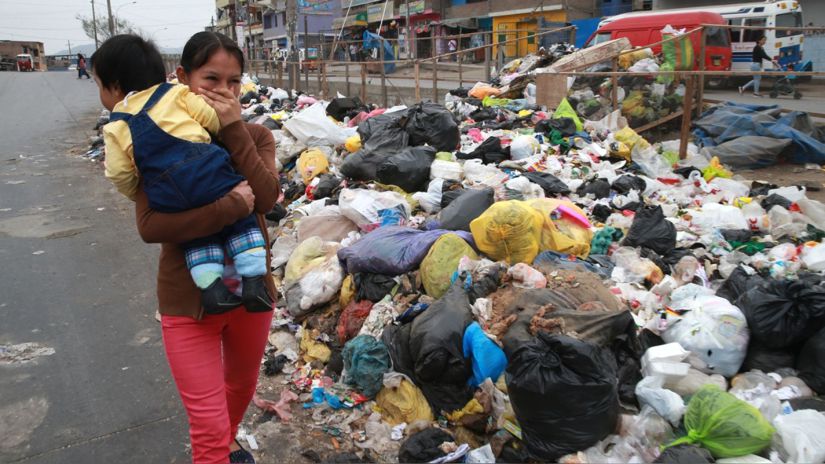 Shortly before the end of the election campaign Regional and municipal elections – 2022, we find that the environmental agenda was once again absent from the speeches of candidates for the capital’s chair. For specialists, indifference sounds at the sight hidden threats facing Lima: impact on environmentally sensitive areas, lack of territorial planning, water scarcity, public cleanup, lack of green areas and other problems.

Holding the first environmental debate, an initiative promoted by Ecosocial Alliance, was upset because of the noticeable disinterest of the candidates. Only Yuri Castro, the applicant from Peru Libre, confirmed his participation. With the cancellation of the event, the opportunity to listen to the environmental proposals of those who seek to rule Lima has been lost.

Contrary to what the strategies of this campaign dictate, the sustainability specialist, Kelly Alfaro, considers that this subpoena gives the right to vote, because Lima residents demand solution to environmental problems. “The problem is that candidates are not interested in listening. It’s easier to offer more of the same and not consider a sustainable development perspective,” he says.

“One of the keys to understanding the importance of the environmental issue is to understand that it is connected to other sectors,” says Patricia Alata, CIO of Lima How We Going. “The environment is not only a green issue, but also the health of the population, the safety of people, the quality of housing, public transport,” he says.

What to do with the accumulation of garbage?

In reviewing various government plans, one of the recurring points in environmental issues is the reference to solid waste management. According to the 2021 Lima Citizens Perception Report. How are we doing, for the people of Lima. garbage accumulation is the second problem which affects the quality of life in the capital. This is below the level of insecurity of citizens.

Given the magnitude of this problem, Alata does not offer enough sanitary landfills. It is important that the municipality contributes circular vision of waste management. This could be through educational campaigns and ordinances. “It is necessary to promote the process of adequate sorting of solid waste, separation. Which are organic, inorganic and suitable treatment for it. In Lima, more than half of the waste generated is organic, which means it can be reused to create composting processes,” he explains.

Miranda of the Ecosocial Alliance warns of a running problem: construction waste management. The pace of construction generates a significant amount of waste. The specialist says that the municipality is obliged to determine where these remains will be sent, and add rubble to them in the event of an earthquake.

“Where are we going to put them? This needs to be determined and prepared so that they do not end up on the banks of rivers, or in ecologically sensitive areas, in parks, on the streets, on the beaches or on the roadsides,” he comments.

How is the city growing?

One major challenge for the next municipal administration will be to promote urban planning that will help mitigate environmental impact.

“Urban inequalities and environmental instability in Lima are associated with the uncontrolled growth of the city, mainly due to informality,” he says. Jean Pierre Cruzmember Lima Urgentan initiative of the College of Architects of Lima.

According to this institution, over the past 20 years 93% of Lima’s growth was informal.. This resulted in the population settling in areas prone to landslides and lacking access to services.

“The growth of the city affects the hills and wetlands that are the ecosystems of our city. We still have not learned to live with them, appreciating the services they provide to us, such as water management, greening and carbon sequestration,” he says. Kelly Alfarosustainability specialist.

This erratic expansion and acceleration of the real estate market has also led to reduction of green spaces in Metropolitan Lima. Currently, Lima accounts for 3.1 m2 per inhabitantwhen the World Health Organization (WHO) recommends a minimum standard of 9 m2.

Alata, from Lima, Como-Vamos, says there is an urgent need to restore green spaces and turn them into public spaces. Taking municipal responsibility for the clean-up work, he proposes to improve the boundaries of the rivers. like Rimak and Chillon.

“Our city has rivers and we don’t see our rivers as proper public space as part of a public park. It is important that this species is implanted and the restoration of these banks occurs. Rivers today are perceived by the city as dumps,” he says.

In his offer Lima La Imposponable College of Architects provides a roadmap for mayoral candidates with city planning proposals. In addition to establishing a diagnosis, the institution proposes that the city reformulate its growth in the fields. This recommendation is in line with the Capital Development Plan 2040, a text prepared by various experts and still awaiting the signature of the mayor of the municipality for implementation.

“We have to grow inwards. That is, in appropriate places, in strategic places, along public transport lines. We have identified over 2900 hectares of land available for cultivation in Lima. We must move from a distant city to a city model with services at hand,” he notes. Jean Pierre Cruz.

In this sense, the architect says that it is necessary to condense communications, and not just housing. “This is not about building more, but better. Service delivery needs to be stepped up, ideally so that I have access to everything within 15 minutes of my home,” he notes.

Despite a meager campaign spread, eight candidates still have one last chance to get their environmental proposals out to the public. The format of the municipal debate on Sunday, September 25, organized by National Electoral Jury, contemplates a block of environmental topics. These will be brief speeches on each claimant, but what has been exposed will shed some light on voters. This will be an opportunity not to be missed again.