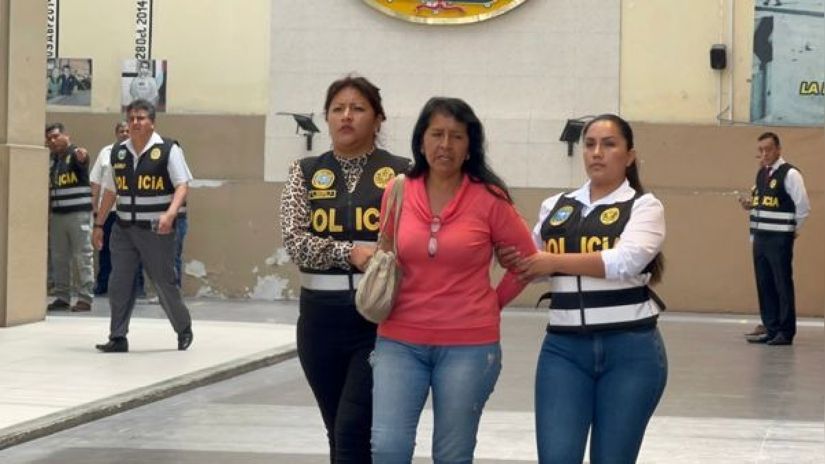 Rocio Leandro Melgar, comrade Cusi, will remain behind bars. Third National Court of Criminal Appeal On Tuesday, she declared unfounded the appeals of her technical means of protection and other persons investigating the case against the decision of the first instance, by which they were sentenced to 15 days of pre-trial detention on charges of belonging to a terrorist organization.

The Appeals Chamber considered that the impugned decision did not meet the legal parameters for requiring her to be placed in pre-trial detention.

Leandro Melgar She was president of the Ayacucho Popular Defense Front when she was detained by the police in that region. She was transferred to Lima to be sent to dirkot while the investigation is ongoing.

According to the Interior Ministry, Rocío Leandro Melgar was a member of the Sendero Luminoso terrorist organization and was arrested and imprisoned for his role in attacks in the 1980s and 1990s, according to Dircote reports.

PNP General Oscar Arriolathe former head of Dirkot, specified that the investigative work began in July last year and it was found that Fredepa it was “infiltrated by the Senderists”.

“comrade kuzi She is released, convicted and confesses to the crime of terrorism. was investigated dirkot since last July, when a tax dossier was drawn up together with the State Ministry (…), which used special investigation procedures such as observation, surveillance and monitoring (…) People belonging to shining path (…) they infiltrated the Ayacucho Popular Defense Front,” he said.

Besides, Arriola claimed that “during these investigations” evidence was obtained that Rocio Leandro contributed to the financing of acts of violence registered on January 15 in Ayacucho as part of protests against the government and Congress.

Previous article
Cercado de Lima: Seven protesters were arrested and taken to the Cotabambas police station.
Next article
Protests in Lima: police and demonstrators clash on the streets of the historic center