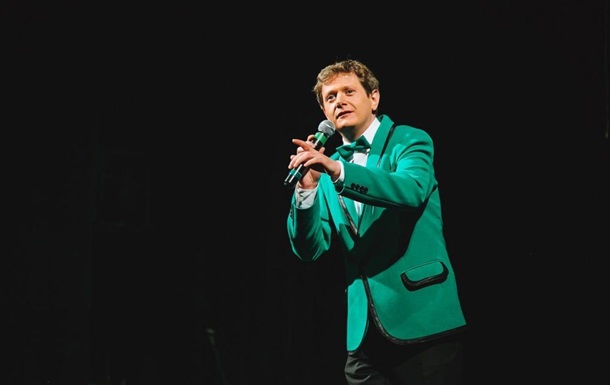 The artist assured that it is not difficult to pass the exam in the Ukrainian language, because he knows it, but he wants to be fluent.

Diesel Show star Yevgeny Smorigin, who was born in Belarus, admitted that he wanted to get a passport of a citizen of Ukraine, so he passed the corresponding exam. He reported this to ICTV Facts.

The celebrity shared that his family is in Ukraine, and his wife and children are Ukrainians. Therefore, he must be one.

“I want to get Ukrainian citizenship because my family is here, my children are here, my Ukrainian wife is here. And that’s why I think that I should be Ukrainian,” he said.

At the same time, Smorigin added that the exam was held in the university auditorium, and everything was filmed on camera. Within an hour I passed the Ukrainian language test.

“You go to a class at the university. A small class, a computer, a camera in front of you. There are tasks that you do. It’s very easy for me. Well, for example, a task: there is a photograph, where a family is on a picnic, and you describe what is happening there. Everything is recorded by the camera. Or there is another task: there is a story in which some words are missing. And you write, replace those words that you think is necessary. It’s not difficult. There’s a time for all of this. And to get that level I gave up my citizenship,” said the Diesel Show star.

Earlier it was reported that the former participant of the Diesel Show Oleg Ivanitsa, who joined the Armed Forces of Ukraine since the beginning of the full-scale war, spoke about the premonitions of the attack.