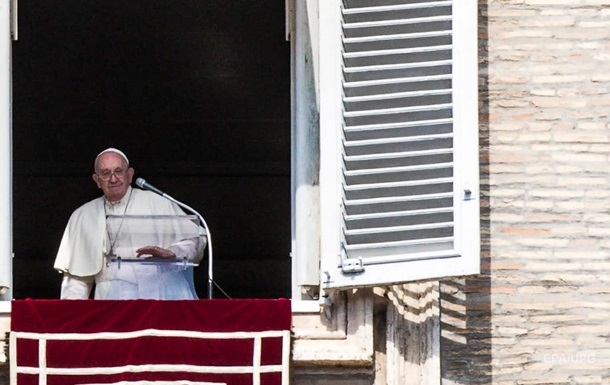 Francis firmly condemned the situation that has been created in recent days due to the regular actions of the Russian aggressor, contrary to the principles of international law.

Pope Francis condemned Russia’s new annexation of Ukrainian territories, called for respect for territorial value and the rights of minorities, and expressed pain at the many victims, among whom many were children, Vatican News reports

“Some deeds will never be justified! Never! It’s scary that the world studies the geography of Ukraine through names like Bucha, Irpin, Mariupol, Izyum, Zaporozhye and other places that have become a place of indescribable suffering and terror. What can we say about the fact that the world is once again facing a nuclear threat? It is absurd. What more must happen? How much more blood must be shed before we understand that war is never a solution, only extermination? In the name of God and in the name of the feelings of humanity that live in every heart, I repeat the call to immediately reach a cease-fire, let the weapons fall silent and let’s look for conditions to start negotiations that can lead to solutions that are not imposed by force, but agreed, just and stable,” said the Pope.

Francis strongly condemned the serious situation that has been created in recent days due to the regular actions of the Russian aggressor.

The Pope appealed to the President of the Russian Federation, “begging him to stop, also out of love for his people, this spiral of violence and death.”

Another call was directed to the President of Ukraine – to be open to serious peace proposals.

Francis urges all active people in international life and political leaders of countries to do everything in their power to end the ongoing war.

It will be recalled that the Pope previously said that the supply of weapons to Ukraine to protect against Russian aggression is “morally acceptable.”

Previous article
Denmark, Norway and Germany will finance the production of self-propelled guns for Ukraine
Next article
Family games and workshops to fight childhood obesity