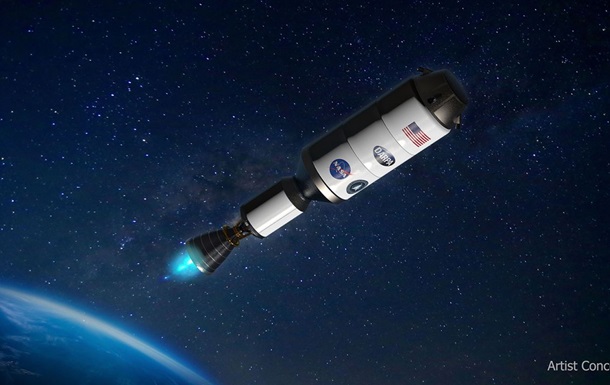 A nuclear thermal rocket engine under development could deliver humans to the Red Planet as early as 2027.

The Defense Advanced Research Projects Agency (DARPA), the research arm of the US Department of Defense, and NASA are developing a type of rocket engine that could quickly and safely take humans to Mars. This was reported by CNN.

It was mentioned that the first tests could take place in 2027.

“DARPA and NASA have a long history of fruitful collaboration in advancing technology for their respective purposes, from the Saturn V rocket that first put men on the Moon, to robotic maintenance and satellite refueling,” said DARPA Director Dr. Stephanie Tompkins.

These advances are believed to usher in a new era of nuclear technology in space, and the demonstration of this flight will be a major advance in creating space transportation capabilities for the Earth-Moon economy.

A nuclear heat engine relies on a nuclear reactor using a process called atomic fission, in which a neutron hits an atom to tear it apart, which starts a powerful chain reaction to heat the fuel and provide thrust needed to propel the rocket into space.