Argentina-Croatia. Albiceleste relies on his “grinta”. 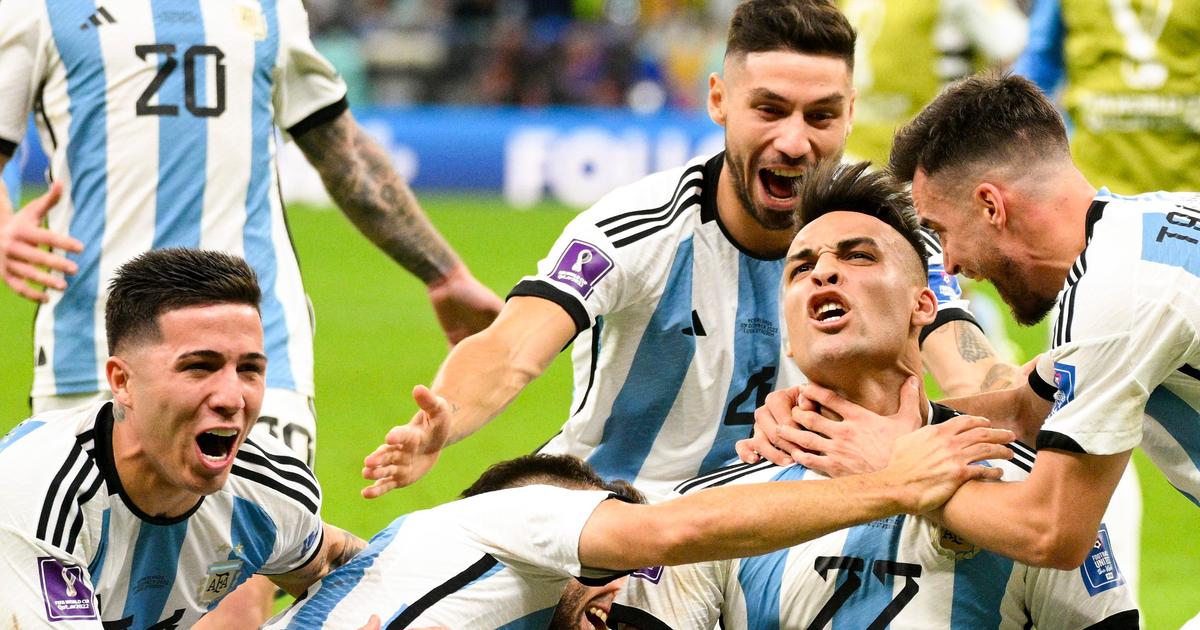 Who has never heard of a “grinta” on the sideline of a professional or amateur stadium? It is difficult to translate or even define this term in either the official Spanish dictionary or the specialized Latin American Spanish dictionaries. However, no one is unaware of what it entails. “Grinta” is the frenzy to win, the “martial spirit” dear to the Anglo-Saxons. A definite martial art, unrelenting brawl from the first minute to the last. It lives on in a good portion of Latin American selections, but Argentina has made it its DNA.

In the semi-final against Croatia (Tuesday, 20:00), Lionel Scaloni’s men will apply the same recipe as in all their matches at this World Cup: commitment, intensity, tenacity, an attractive philosophy, a fighter. And above all, the will to never give up. In short, an unobjectionable state of mind.

Mind to save the game

in an interview with sport In 2016, the symbolic captain of “Barcelona” Carles Puyol entrusted his debut in football.When I passed the test to move to “Barcelona”, my father told me:If you come back and they don’t pick you because they found 20 players better than you, no problem. But if they don’t pick you because they found 20 guys tougher and more determined than you, don’t even come home.“Puyol is not Argentinian, he is Spanish, but his example perfectly illustrates the idea of ​​”grinta”.

This mental strength, coupled with considerable physical effort, often allows the Albiceleste to get out of trouble. Without taking anything away from the quality of the Argentinian individuals, it would be a lie to say that they are the team that is playing the best game in the competition. But if a beautiful game was enough to win a football match, then this much-loved sport could fall just short and Belgium would become world champions.

It must be said that with such pressure on the shoulders of Lionel Messi and his teammates, it is easy to understand that the quality of the game may fluctuate. Argentine football is in the blood. At every election meeting, the nation grinds to a halt, shops close, life grinds to a halt. There were about 1,400 Dutch fans in the stands for the quarter-final match between Argentina and Holland, against… about 50,000 Argentines. No wonder the feet are heavy on the ground. Then the eleven men make amends by heart. Starving, ready to give their lives, they sometimes look more like bulls than football artists. But in the end they win.

Such intensity is not without consequences for the players’ emotions. Argentinians live the matches “in detail”. “Grinta” leaves no room for half-steps, it wanders at will in the range of human emotions, from drunkenness to anger. This is why he often flirts with provocations, even anti-play and even anti-fair play. The photo of the Argentinians taunting the Dutch, which was taken after the penalty shootout in the quarter-finals, went around the world.

At the final whistle, the Argentines beat the Dutch. PAUL CHILDS / PANORAMIC

This latest chamber meeting ended in high tension. Intimidation, rude actions and bad gestures happened, and so did the cards. An electric atmosphere that gradually wore down the Batavians, as evidenced by Denzel Dumfries’ red card at the end of extra time. If the Albiceleste won the decisive penalty shootout, his “grinta” is no stranger.

Read alsoWorld Championship. disciplinary proceedings against Argentina and the Netherlands

The symbol of this science of aggressiveness is undoubtedly Leandro Paredes. When an incident occurs, the former PSG midfielder, now at Juventus, is not the last to join the fray. More of the type to start it, even. So much so that social networks are amused (or annoyed) by this agitator “a wrestler“, frommama warrior“, fromboxer“. But the fact remains that his bad boy profile has its place in modern football. Like Arturo Vidal, Sergio Ramos, Pepe or even Roy Keane in his day, the San Justo native is essential to his team.

All these Argentinians going to war have a leader: Lionel Messi. The seven-fold golden ball is the great value of the choice, the trump card. So don’t touch. The jewelry should not be damaged, scratched or even bumped. On the occasion of the Argentina-Honduras friendly match held in September, a video was circulated showing Rodrigo De Paul defending his captain. It showed the Atletico Madrid player intervening after a Honduran official grabbed Pulga’s arm for a photo. “If he asked you, you would fight for himsaid De Paul in an interview given to the official website of FIFA. Earlier in this match, all the Argentines attacked the Honduran football player, who was guilty of mowing Messi irregularly.

He sees his lifelong dream of winning the World Cup very close to becoming a reality. So, as for others, the pressure mounts and emotions run high. He usually wasn’t so calm against Holland at the end of the quarter. “What are you looking at, fool? What are you looking at, fool? Come on, you idiot!“, he said in the middle of the interview with the opponent. In the match against Croatia, we will see what a furious Messi will do…