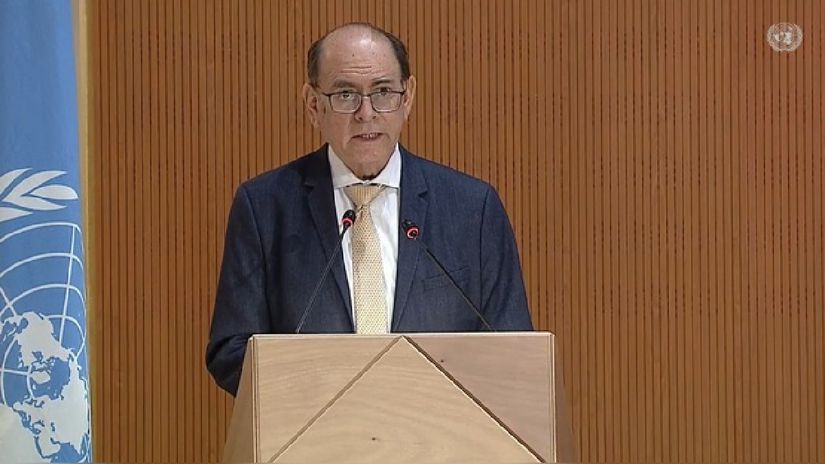 Foreign Secretary, Cesar Landaassured this Thursday that President Pedro Castillo delivered a speech to the UN in which he never once attacked Congress. And this is despite criticism from parliamentarians about the statements of the head of state.

“The speech that the president has formulated, according to the international experts I have pointed out, does not affect the Congress at all, because there are opposite positions in the fact that there is a way of democracy, and this is typical of democracy, but in democratic governance, there is also respect to an institutionality, such as a popular vote, when the power is elected by vote and for a certain period, so that all these basic principles are expressed: that coups, whatever their modality, are illegitimate “, he expressed in “La Rotativa del Aire Noche” RPP.

Cesar Landa He announced that this Friday, September 23, he would visit Commission on Foreign Relationsbut reiterated that the president had taken a balanced position on the Malvinas case in favor of Argentina.

“President Castillo’s speech was analyzed by experts who considered and assessed the position of Peru. (…) According to the Constitution, the actions of the President are recognized in the management of foreign policy, so that the Department of Foreign Affairs has the right to respond to questions from Congress. In this sense, I will go to the parliament to the Committee on Foreign Relations to report on foreign policy,” he said.

On the other hand, Landa stressed that the country will host the next OAS Assembly in October, because it means confidence from the international community.

The chancellor also pointed out that the presidential vacancy is not a “subjective matter” and that it is in the Constitution does not mean that its use is appropriate.

“A vacancy is a figure that has been used as something extraordinary. We must remember that this is not a subjective matter of votes, but an objective matter of death, resignation, or failure to return to the country within the time limit set by Congress. (… .) The fact that it is in the Constitution does not mean that its use is adequate,” he explained.

Collection of signatures for interpellation

Congressman Jorge Montoya (People’s Renewal) has announced that they are collecting signatures in Parliament to file an interpellation against Foreign Minister Cesar Landa in connection with President Pedro Castillo’s statements to the UN. At the moment, they are supported by the groups Avanza País, Alianza para el Progreso and independent congressmen.

“He is responsible for what the president does. The president has ministers who serve as a protective shield, and for this he uses them. The minister presented this recommendation to him, definitely not the president or the people who made it for him, “but the person directly responsible is the minister of foreign affairs,” the parliamentarian said in press statements.