The dollar is rising for a second day. Causes and predictions 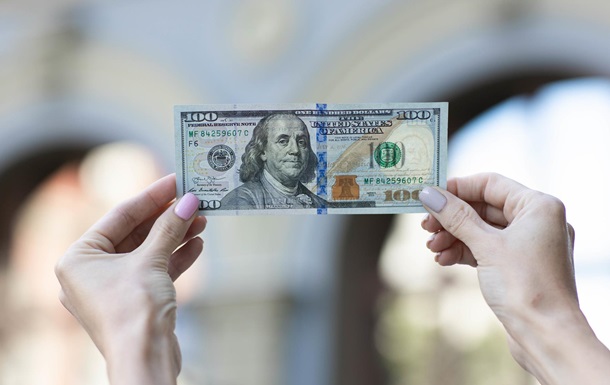 The American currency updated the maximum in 20 years against six major world currencies.

The dollar exchange rate in Ukraine is growing for the second day in a row. If on Wednesday the dollar rose in price on Russian statements about a serious escalation of the war against Ukraine, today the growth of the exchange rate is mainly due to the measures introduced by the United States to fight inflation. Correspondent.net tells what to expect hryvnia.

What is the exchange rate of the dollar to the hryvnia

The average exchange rate at the cash desks of Ukrainian banks on September 22 was as follows:

Reasons for the strengthening of the dollar

On Wednesday, the main reason for the increase in the selling rate in the cash market was the information related to theses pronounced from the Kremlin about the continuation of the war against Ukraine, the annexation of the occupied Ukrainian territories by of pseudo-referendums, the beginning. of mobilization in Russia and the use of nuclear weapons.

However, the dollar on that day began to grow against six major currencies for the same reasons as the hryvnia fell.

On September 22, the dollar continued to strengthen, but now to a greater extent due to the publication of new forecasts by the US Federal Reserve. It says rates will rise to 4.6 percent next year and stay that way until 2024.

Today the dollar is trading at its highest level in 20 years, Reuters notes.

How the dollar changed this week

Experts also named other reasons for the fall of the hryvnia:

There is news that should have a positive impact on exchange rate expectations and demand for cash purchases. Among them are statements about the growth of international reserves and the flow of international aid. However, this is not as influential news as the announced Ukrainian state budget for 2023, which allows for a dollar exchange rate of 50 hryvnia.

What will happen to the hryvnia in 2023

It is almost impossible to predict the cash exchange rate in war conditions – it is influenced by a number of factors, its development is unpredictable.

In particular, it is impossible to predict what the exchange rate population expects. They will rely on the success of the Armed Forces of Ukraine at the front, the amount of Hryvnia printing by the National Bank and the speed of foreign aid.

At the same time, the cash deficit is likely to be overcome. The NBU says that the situation in banks with cash dollars and euros is improving. “Compared to the beginning of September, cash balances in the cash departments of banks have increased significantly,” NBU said.

The National Bank expects that banks will soon begin to more actively meet customers’ needs for cash foreign currency. “The National Bank is ready to continue to support the cash desks of banks with cash to finally solve the problem,” the regulator emphasizes.

Ukrainian business for next year lays the indicator of 43 hryvnia per dollar. This is confirmed by the survey of the European Business Association Business Forecasts for 2023.

According to the EBA, over the past two years, Ukrainian business forecasts regarding the exchange rate have remained constant at the level of 29 hryvnia per dollar (which is higher than the exchange rate in 2020 and 2021).

For 2023, company executives, when planning budgets, set the value of money at an average of 43 hryvnias per dollar.

At the same time, 47 percent of member companies of the European Business Association predict positive dynamics in the development of their business in 2023.

However, this year’s results, as expected, show a deterioration in the mood and forecasts of top managers. For comparison, last year positive forecasts were made by 83 percent.

In 2023, 28 percent of directors expect to maintain business performance at current levels, and 25 percent expect their business to deteriorate, up from just 2 percent last year.

Most companies expect a positive financial result next year. So, 58 percent of the respondents rely on the growth of income in Hryvnia and 43 percent – in kind.

At the same time, 31 percent expect an increase in income in the hryvnia up to ten percent. The decrease in the income of the Hryvnia is predicted by 31 percent of the directors, in physical terms – 36 percent.

Previous articleZelensky met with the Italian Defense Minister
Next articleFernando Tuesta: Payment of consulting services and salaries to party leaders “should circumvent the electoral law”