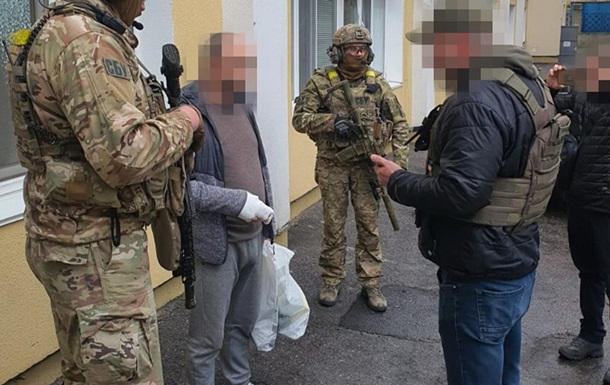 At the beginning of the invasion, he supported the invaders and willingly agreed to head one of the departments of the financial institution.

The Security Service exposed another “high-ranking” accomplice of the enemy as a result of stabilization measures in liberated Kherson. This was reported by the press service of the department.

The attacker became the head of the former branch of the “international settlement bank” controlled by Russia, which opened its “branches” in the occupied regions of southern Ukraine.

With the help of this Russian “financial institution” the Gauleiter of the captured part of the Kherson region, Vladimir Saldo, tried to provide more than 200 banking “representations” of the aggressor country in the region.

Thus, the invaders planned to carry out the forced introduction of the “ruble zone” in the occupied territory of the region and provide additional income to the Russian budget. Most of the money received was to finance the war against Ukraine.

To implement the project, the aggressor planned to use the experience of creating a wide network of Russian settlement banks in the occupied areas of Donetsk and Luhansk regions.

It was established that during the occupation of Kherson, such work in the Ukrainian city was performed by a former employee of a local bank. At the beginning of a full-scale invasion, he supported the invaders and willingly agreed to head one of the branches of the Russian financial institution.

He set up his workplace in the building of a temporarily seized Ukrainian state bank.

While in his “position”, the enemy henchman forced local businessmen to switch to commercial settlements in Russian rubles and deduct part of their income in favor of the labor administration.

After the release of Kherson, the attacker tried to “lay low” in one of the city’s hospitals. However, SBU officers found him and detained him.

Security Service investigators informed the defendant of the suspicion under Part 1 of Art. 111-2 (joining the aggressor state) of the Criminal Code of Ukraine. The court chose a measure of detention in the form of detention without the right to bail.

Earlier, in the Kherson region, the SBU detained two collaborators from the former Ministry of Internal Affairs of the Russian Federation who abducted Ukrainians.