Threatened collapse? What is known about the CSTO crisis 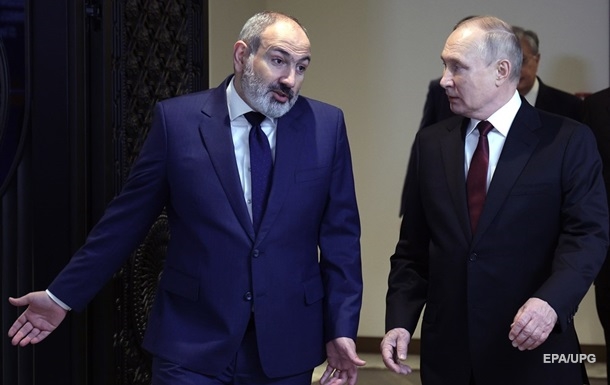 During the CSTO meeting, the Prime Minister of Armenia made a demarche, and Lukashenka speculated about the collapse of the organization.

The summit of the countries of the Collective Security Treaty Organization (CSTO) ended yesterday. This congress was known by several scandals. In particular, the Prime Minister of Armenia refused to sign the drafts of the two final CSTO documents. Here, Kremlin Spokesman Dmitry Peskov said that Nikol Pashinyan interpreted the work of the organization in this matter as a “fiasco”. Why there are disagreements in the CSTO and whether the collapse of the organization threatens to understand Correspondent.net.

At the summit, Armenian Prime Minister Nikol Pashinyan refused to sign the CSTO declaration and the document on joint measures to provide assistance to his country after other members of the organization did not want to support changes to the documents. it was proposed by Yerevan.

Pashinyan called on CSTO members to review Azerbaijan’s actions, which he described as aggression against Armenia.

“A political analysis is necessary, first of all, from a moral point of view, because it must be a logical manifestation of the same relationship. Of course, it is also important from the point of view of restoring the integrity of territory of our country, but this desire itself does not mean military intervention,” he said.

Pashinyan also demanded that the CSTO conduct political and diplomatic work with Azerbaijan so that it withdraws troops from its territories. Rejecting such a position could be considered “CSTO’s rejection of allied obligations,” he said.

Since Armenia did not support the proposal, Pashinyan refused to sign the final documents of the summit in the original version.

In a joint photo at the CSTO session, Pashinyan tried to distance himself as much as possible from Russian President Vladimir Putin. The video shows Pashinyan standing on Putin’s right hand and trying to walk away. He asked Kyrgyzstan’s President Sadyr Japarov to move to the right.

Tajik President Emomali Rahmon, standing on the other side of the Russian dictator, also kept a great distance. The rest of the leaders stood close to each other.

Lukashenka allowed the collapse of the CSTO

The self-proclaimed president of Belarus, Alexander Lukashenko, said there is a growing belief that if Russia loses the war in Ukraine, the CSTO will collapse.

Lukashenka also added that there are no such talks, and “the CSTO will exist, and nothing will fall anywhere.”

The Press Secretary of the President of the Russian Federation, Dmitry Peskov, said that the demarche of Armenia will not affect the existence of the organization.

“Yes, the Prime Minister of Armenia, speaking in a narrow format, said that he is more ready to interpret the work of the CSTO in the situation between Armenia and Azerbaijan as a failure. This is the point of view of the side of Armenian, it is the right of the Armenian side to consider the situation in this way,” he stressed.

According to Peskov, one can partially agree with Lukashenka’s statement.

“We can agree with the reservation that the success of the special operation is beyond doubt,” he said.