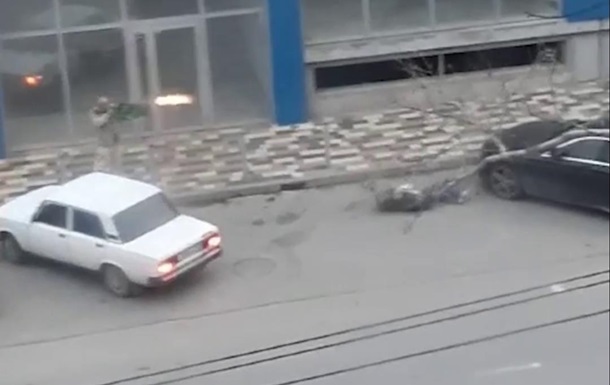 The Krymsk massacre was organized by a man named Vladimir Zhirov. He used a long-barreled rifle covered with a towel.

In the Russian city of Krymsk, there was a shooting in the street. Four people died, including the shooter, and another was injured. Interfax reported this on Thursday, November 24.

“Today at about 17:00 in one of the medical centers of Krymsk, located on Komarova Street, a local resident born in 1956 shot two employees of this organization, a spokesperson for the press service told reporters. Then he went out and opened fire on passers-by,” he said. Alexander Runov, head of the press service of the main department of the Ministry of Internal Affairs of Russia for the Krasnodar Territory.

Another person was killed in the street, the second was seriously injured. After this, the man committed suicide.

According to preliminary police reports, the cause of the incident may be the result of a divorce process involving the shooter.

In this regard, the Mash Telegram channel reported that a man named Vladimir Zhirov organized the massacre in Krymsk. He used a long-barreled rifle covered with a towel.

“Vladimir Zhirov lost in court over housing with his ex-wife Galina and son Yuri. He claimed that his wife bought an apartment for his son with his money before the divorce. Therefore, he asked for his part. The case dragged on for three years, and now the court rejected him,” said the message.

Zhirov opened fire near the Slavyansky shopping center. Among the victims is the 69-year-old security guard of this center, Mikhail Tunguliadi. He was wounded in the leg and then finished with a gunshot to the head. A video of the moment has surfaced online.

“Realizing what he had done, Zhirov went home to his son and shot himself there,” wrote the Telegram channel.

Remember, on September 26, in the Russian city of Izhevsk, there was a shooting at school No. 88. Then 17 people died, including 11 children. 24 people were injured, 22 of them children.

Previous article
Threatened collapse? What is known about the CSTO crisis
Next article
Ukraine signed an agreement for a $4.5 billion grant