Shmygal presented the ZNPP demilitarization plan to the US 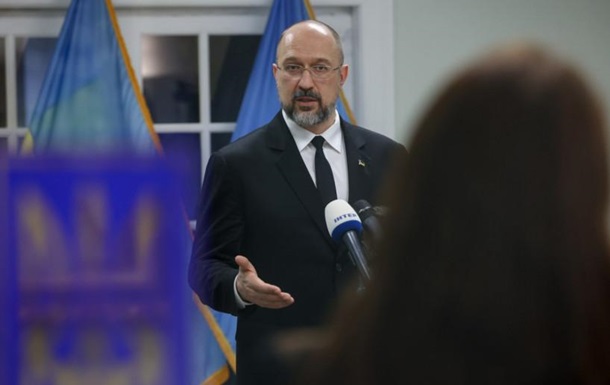 Russia must withdraw troops not only from the Zaporizhzhya nuclear power plant, but also from Energodar. A 30-kilometer security zone should be created.

The Prime Minister of Ukraine Denys Shmihal in New York on Friday, September 23, presented a plan for the demilitarization of the Zaporozhye nuclear power plant, which was taken over by the invaders.

He noted that this is a strategic task not only for Ukraine, but for the whole of Europe.

“Through its actions at the Zaporozhye NPP, Russia has brought all of Europe to the brink of a nuclear disaster. The safety of our nuclear facilities is one of the main challenges for everyone in the world. We discussed this issue at the UN with the President of France, the prime ministers of Japan and New Zealand, the foreign ministers of Great Britain and Germany and India, with the leadership of the EU, as well as the head of the IAEA, Mr. Grossi. “Everyone understands the importance of the demilitarization of the ZNPP and the safe operation of the facility. As one of the steps in this direction, the IAEA plans to increase its mission at the plant,” the prime minister said.

According to him, Ukraine is working to organize the UN and EU international missions on the Zaporozhye NPP.

“Russia organizes provocations and shelling of ZNPP almost every day. They want to disconnect the largest nuclear power plant in Europe from the Ukrainian network and continue to use the station as a military base. Therefore, it is very important that the Russian troops will not be withdrawn only from Zaporizhzhya ZNPP, but also from Energodar. A 30-kilometer security zone must be created,” Shmyhal insisted.

Recall that Russian troops on the night of September 21 again fired at the Zaporozhye nuclear power plant, damaging the communication equipment of one of the power units.

Previous articleCongress today evaluates censorship against Willy Huerta: what are the scenarios and the situation in the Ministry?
Next articleNikityuk showed the Ukrainians a puppy from the front