Most of the freed soldiers were exhausted – Monastyrsky 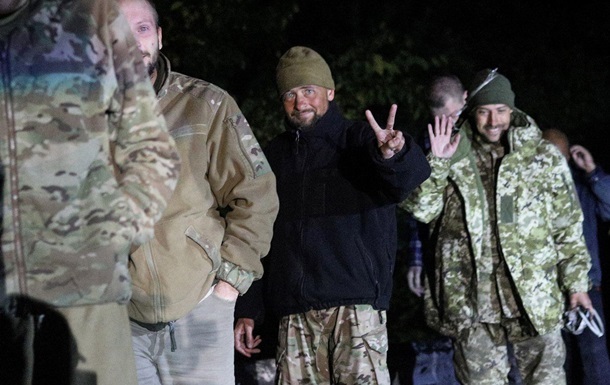 Most of the freed Ukrainian soldiers have been reunited with their families. Some of them are in medical institutions in Chernihiv. This was announced at a briefing on September 22 by Interior Minister Denis Monastyrsky.

“The men are very tired. We participated in the exchange in Ankara. It took up to 12 hours. The procedure itself was very long. There were constant clarifications. The men did not know where they were going. They did not understand where they were . I am talking now about the commanders. From Azov, the National Guard and the marines. They are imprisoned on the territory of the Russian Federation. The men do not know where they are going, on the stage or some test where they are threatened. When we met them, they asked who else was traded,” Monstyrsky said.

According to the head of the Ministry of Internal Affairs, the released soldiers feel differently, because some of them were kept on the territory of the Russian Federation, some – on the temporarily occupied territory of Donbass, in the infamous Yelenovka.

“Almost everyone needs treatment and rehabilitation. Everyone really needs psychological rehabilitation, and the President gave such an instruction. The best specialists are involved in this work,” said Monastyrsky.

The Head of the Office of the President, Andriy Yermak, also added that the President instructed to prepare and submit to him a plan of measures for rehabilitation and assistance to those who returned from captivity.

Recall that on September 21, Ukraine returned 215 captured defenders from captivity. 200 of them were exchanged for the people’s representative and godfather of Vladimir Putin, Viktor Medvedchuk, suspected of treason, five – for 55 Russians. Among the Russian invaders, through the intervention of the Prince of Saudi Arabia, 10 foreign soldiers who served in the Armed Forces of Ukraine were released from captivity.