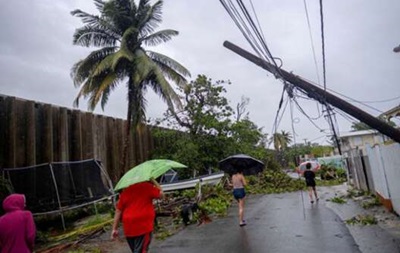 Image: Screenshot from the video

Bad weather in Puerto Rico claimed the lives of eight people Wind speeds in some areas reached 215 kilometers per hour.

Hurricane Fiona killed eight people in Puerto Rico. After that, the storm passed through the Dominican Republic and was approaching Bermuda. This was reported by Reuters.

After making landfall in Puerto Rico, Hurricane Fiona caused devastating flooding and landslides before intensifying in the Dominican Republic. The wind speed reached 215 km per hour. The storm is expected to move north of Bermuda but will not affect the UK. By Friday, he may reach Canada’s Atlantic coast.

In Bermuda, the peak of severe weather is forecast for the evening of Friday, September 23, the agency said. National Hurricane Center Branch Chief Eric Blake.

“Hopefully the core of the storm will stay to the west, but it could still move east and hit Bermuda,” he said.

Fiona could be the strongest hurricane to hit Canada, writes CNN.

It will be remembered that a hurricane has been raging in Puerto Rico since last Sunday. To this day, 40% of the country’s population does not have water, and three-quarters do not have electricity.