Kyiv invited the Russians to surrender 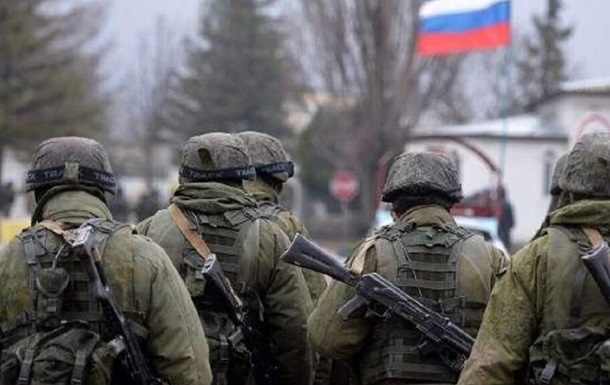 Russian citizens who have surrendered to the Armed Forces of Ukraine will only be returned to Russia if they themselves want it.

Ukrainian President Volodymyr Zelensky spoke to Russians about mobilizing for war against Ukraine and urged them to protest or surrender. On Thursday, September 23, he said in an evening video message.

“When Russia says it wants negotiations, but itself announces mobilization… When Russia knows Ukraine’s clear position about the impossibility of a diplomatic process after Russia holds any pseudo-referendum.. . Everything is clear to everyone. Russia itself kept the prospect. of negotiations in its own hands “Zelensky said.

At the same time, he drew attention to the fact that protests against “partial mobilization” were held in Russian cities.

“Protests against mobilization took place in Russian cities. And although not big, but they are. And there are. And this is an indicator. Not only in Moscow and St. Petersburg. We know the real situation in regions of Russia. We see that the people of Dagestan, in Buryatia, in other national republics and regions of Russia, they understand that they have just been thrown. They have been thrown to death,” said the president.

Addressing the Russians, Zelensky emphasized that they “became complicit in the crimes, murder and torture of Ukrainians.”

Zelensky also noted that agendas for 300,000 people were printed and signed in advance, even before the decision to mobilize appeared.

“Our intelligence has proven this. But the Russian leadership is preparing to take up to a million people in the army – this is the main thing that they are now silent about,” the president stressed.

He recalled that 55,000 Russian soldiers died in this war in six months.

“Tens of thousands are injured, maimed. Do you want more? No? Then protest. Fight. Run away. Or surrender to Ukrainian captivity. These are options for you to live,” said the head of state.

Also, the adviser wrote to the head of the Office of the President, Mykhailo Podolyak Twitterthat Russian citizens who have surrendered to the Armed Forces of Ukraine will only be returned to Russia if they themselves so desire.

Podolyak called on the forcibly mobilized Russian citizens who did not want to “die in vain in another country” to surrender for the first time.

“Ukraine guarantees you the protection of life and decent treatment,” he wrote.

Earlier, the president said that Vladimir Putin’s decision to mobilize was an honest admission that the Russian Federation’s regular army, which had been trained for decades to take on others, was failing and crumbling.

Previous articleKeiko Fujimori asks the judiciary for permission to travel to Europe, but prosecutors resist
Next articleMinistry of Education decides to keep 5 thousand scholarships under the Beca 18 program after criticism