There will be no mobilization in Chechnya – Kadyrov 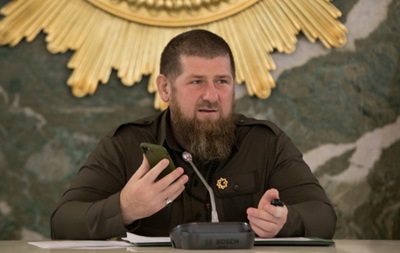 So far, there are no cases of refusal to mobilize for participation in a special operation in Chechnya, assured Ramzan Kadyrov.

The leader of Chechnya, Ramzan Kadyrov, in a meeting at the operational headquarters for the implementation of a “special military operation” said that the mobilization will not be carried out in the republic. He explained this by saying that during the war in Ukraine, the republic “exceeded the plan.” This was reported on Thursday, September 22, by Caucasus. Realities.

According to Kadyrov, 20,000 people took part in the battles during the war. Thus, the republic exceeded the “plan” by 254%, he said.

However, as Kadyrov said, the relatives of the women who tried to hold an anti-war rally in Grozny the day before have already been mobilized and sent to Ukraine. He also threatened that anyone who went to the rally, or their wives and all children, would be sent to the front lines.

It will be recalled that Kadyrov announced the transition to a “new tactic” of a “special military operation” in Ukraine.”

Kadyrov also figured out how to save the Kremlin from general mobilization. He announced a plan of “self-mobilization”.

In addition, Kadyrov assured that the Russian Federation would allegedly restore control over the Kharkiv region and reach Odessa. At the same time, the leader of Chechnya admitted that mistakes were made in the direction of Kharkov.

Previous articleCross the Russian-Georgian border on scooters
Next articleAnibal Torres on vote of no confidence in Willy Huerta: “I would ask Congress not to remove this minister from us”