“The conquerors changed their testimony” freed from captivity 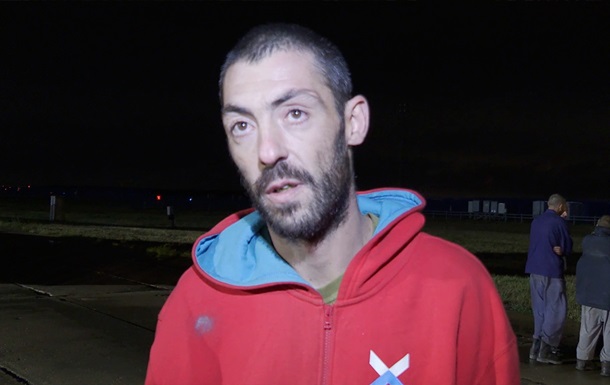 The Russians, freed from captivity, suddenly told Russian propagandists that there was supposed to be “fascism” in Ukraine.

Russian prisoners of war released from captivity began to make claims in the propaganda media about “Nazism” in Ukraine and alleged mistreatment by the Ukrainian military.

In particular, the Russian Vyacheslav Starostin suddenly began that he was beaten, kept in the basement and rarely fed that he “lost 10 kilograms.”

“Fascism is present in Ukraine. May God give strength and health to come back and fight them to the end,” he told Russian propagandists.

It should be noted that earlier he gave an interview to the journalist Vladmir Zolkin, in which he urged his fellow citizens not to go to war in Ukraine.

Another Russian resident, Konstantin Leontiev, said Ukrainian servicemen allegedly forced him to say “a lot of things” on camera.

“They feed me twice a day: they give me two or three spoons of porridge, they always insult us. We take a bath once a month. There are no conditions, it’s very difficult. They don’t allow me to call home,” he said .

However, in an interview with Zolkin, the invader said the opposite: about the delicious food and the attitude of the people to him in Ukrainian captivity.

His statement that he “wasn’t allowed to call home” belies the video of him making a video call to a woman.

“Listen to me. I’ll just tell you that here the eyes open differently,” said the conqueror to his lover.

As you know, a photo of Russian invaders released from captivity appeared on the Web. The Russian soldiers seem healthy to them, unlike the Ukrainian defenders who were transferred by the Russian Federation, Ombudsman Dmitry Lubinets said.

Athletistic also previously reported that the Russian Federation, through the mediation of the prince of Saudi Arabia, freed 10 foreign soldiers who served in the Armed Forces of Ukraine from captivity.