Destroyed Mriya: what’s left of the world’s most powerful aircraft 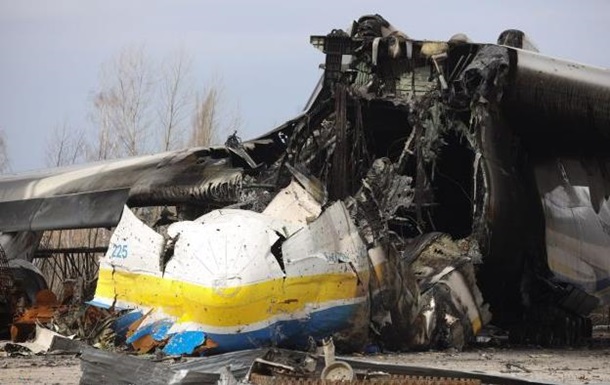 The An-225 Mriya is the largest aircraft in terms of mass of cargo transport and unsurpassed in its parameters.

The network showed what was left of the world’s most powerful An-225 Mriya aircraft, destroyed by Russian occupiers in the early days of the war. The footage was published by RBC-Ukraine.

It is noted that construction of the An-225 began in 1985 and continued for the next 3.5 years. The chief designer of the aircraft was Viktor Ilyich Tolmachev.

Beginning in August 1993, during the MAKS-93 air show, Mriya performed with the Ukrainian flag for the first time.

After the collapse of the Soviet Union, construction of the second An-225 stopped, and the aircraft itself was moved to a hangar, where its engines were dismantled.

Mriya made her first commercial flight on January 31, 2002. At the same time, the plane delivered 187.5 tons of food for the U.S. military from Stuttgart to the Kingdom of Oman. From that moment on, the aircraft gained a reputation as an important aircraft among humanitarian organizations, able to quickly carry large cargoes.

In August 2009, Mriya entered the Guinness Book of Records for carrying the largest single shipment in history.

The An-225 Mriya is the largest aircraft in terms of mass of cargo transport and unsurpassed in its parameters. For more than 30 years of operation on the air routes of countries on all continents, the aircraft has demonstrated its exceptional flight performance and the ability to deliver massive cargo, which no other aircraft can carry. The An-225 set 240 unbroken world records. In addition, the An-225 is capable of performing horizontal launch of spacecraft and flying rockets, carrying certain types of cargo on the fuselage.

Recall that on February 27, as a result of an air attack by Russian troops on the territory of the Gostomel airport, the An-225 Mriya was burned.

According to preliminary estimates, the reconstruction of the aircraft will cost three billion dollars and will take nearly five years.

Not only Mriya: Some An aircraft destroyed and damaged in Gostomel