Taking San Marcos: Was the National Police’s Intervention on Campus Legal or Not? 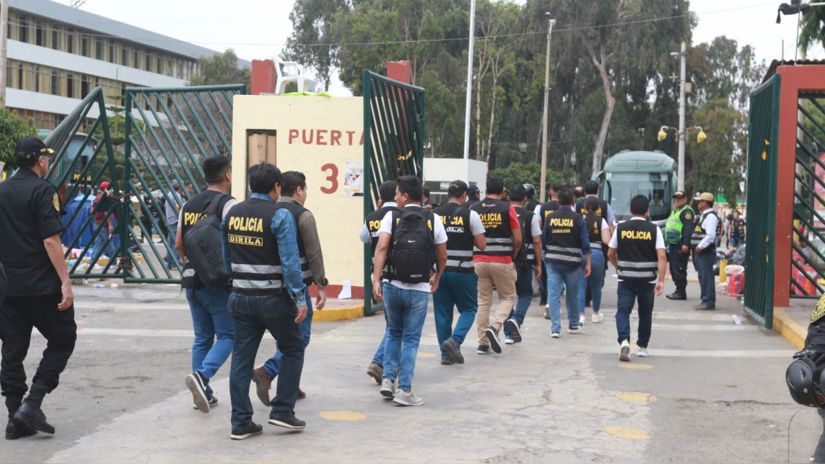 Last Saturday, a police operation at the University of San Marcos caused great controversy. A total of 193 people were arrested, of which 192 were released a day later. In this regard, the lawyers Julio Rodriguez and Carlos Rivera analyzed the legal situation of the intervention.

Julio Rodriguez explained that the intervention of the police took place under the state of emergency, and therefore the operation did not require the presence of a prosecutor.

” Police He may act with or without a state of emergency, in accordance with the Code of Criminal Procedure, without the intervention of the police at the scene of the crime. The PPP claims that it was at these moments that acts of usurpation were committed and, probably, according to the reports they would have received from intelligence, other types of crimes were taking place inside, ”he said in the program. Everything is known RPP.

On the other hand, the lawyer pointed out that the National Police investigation into the protesters who were in San Marcos could lead to their release. In this sense, he recalled that only one of the detainees continues this way, because he has a requisition.

“The rule of any investigative action is freedom, the exception to the rule is restriction of personality or restriction of appearance, which corresponds. I have no doubts,” he said.

On the other hand, he reaffirmed that the police can use constitutionally legitimate violence, and this constitutes a disproportionate act only when the use of legal force leads to an unnecessarily harmful result. In this regard, he indicated that no injuries were reported among the detainees.

It was a political operation

Carlos Rivera, a criminal defense attorney, stressed that none of those detained in the San Marcos intervention had a tax file and no charges have been brought against them. In his opinion, this operation was more political than anything else.

“The fact that Policeby order public servicereleased them, so no charges were filed. These data are compelling and devastating, and there is no tax file against them. Saturday’s operation was a policy enforced by the Seventh Police District,” he said.

Rivera noted that during the seven weeks of demonstrations, the government indicated the presence of persecutors, but not a single detainee was introduced and did not question the work of the minister.

The lawyer noted that those aggressive individuals who attacked judicial institutions and airports should be punished, since such actions are unacceptable in the country.

Previous article
Following in the footsteps of Front CEO Mathilde Colin, the French “unicorn” who is inventing the future of e-mail.
Next article
President Dina Boluarte will appear before the OAS this Wednesday.