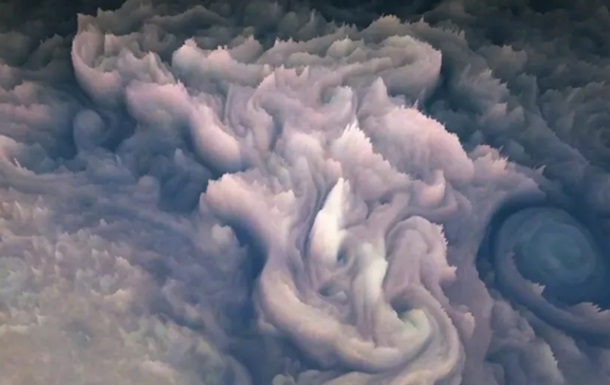 With the help of the captured images, scientists found that the clouds of Jupiter are composed of different chemical compounds.

So, the clouds of the largest planet in our solar system covered in “cosmic glaze” can be seen in all their splendor in new 3D images. Experts note that no matter how beautiful they are, almost no one wants to be drawn into this violent storm.

The researchers also added that humanity had the opportunity to see Jupiter in a way that is almost inaccessible to telescopic observations from Earth.

“And this is not just an attractive picture. Our digital modeling can help deepen the knowledge about the chemical composition of clouds, which is not so important,” the scientists emphasized.

The team successfully determined the height of the observed cloud tops using the different ways in which clouds reflect and scatter sunlight. Clouds in the upper atmosphere reflect a large amount of sunlight.

It was previously reported that astronomers claim that the Milky Way left its old heart in the constellation Sagittarius.