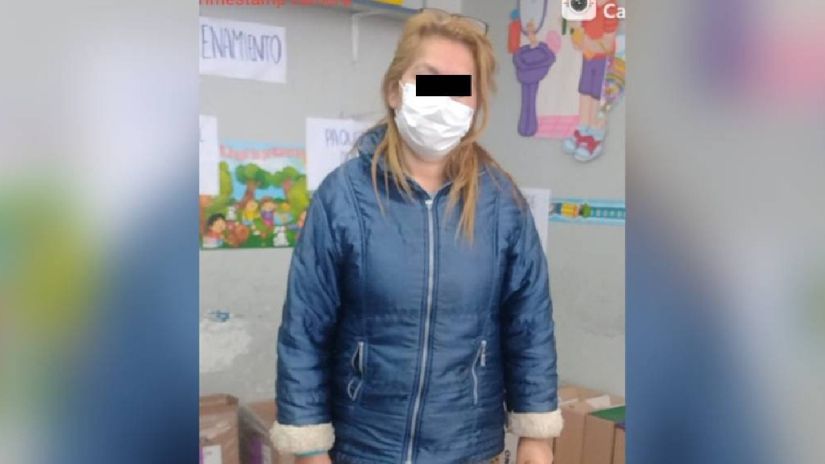 As part of the 2022 regional and municipal elections, agents National Police of Peru (PNP) They intervened today, Sunday, October 2, in the case of an alleged representative of a political party after taking her by surprise. ballot papers noted and signed.

Through your Twitter account pnp He explained that the woman, whose identity has not yet been established, has been fully detained. four ballots that, in addition to markedcontained firms all table members.

“The police intervene woman who was caught trying to enter the amphora, four ballot papers noted, in favor of voting for a political party, with the signatures of the chair of the table and other members, ”the tweet reads.

According to the newspaper Peru 21a police agent from Callao said that after the citizen’s arrest, his identity cards were viewed at the polling station.

“We are talking about a crime against him suffrage and the investigating authorities have already visited the prosecutor’s office and are conducting proceedings on the case,” he said.

It must be clarified that the constitutional province of Callao has more 800,000 eligible to vote take part in the elections this Sunday.

A similar case was recorded in La Molina.

The Peruvian National Police (PNP) intervened this Sunday morning in the case of a citizen at a polling station in the La Molina district when he entered with a previously marked voting card and tried to place it in the amphora of regional and municipal elections. 2022 .

Provincial Attorney General and National Coordinator for Crime Prevention Attorneys Alfonso Barrenechea told RPP Noticias that the Ministry of Public Administration dispatched prosecutors prior to the incident and confirmed that the subject was drunk.

“To this polling station, located in the Musa Municipal Stadium, in La Molina, 40-year-old citizen Alex Torres Vargas came, apparently intoxicated, went to the table and took the ballot paper, apparently put a mark on it, and then left the table, left the physical location. Later, ONPE employees transferred him to the table at which he actually had the right to vote, and he carried with him an already marked ballot and wanted to vote at the corresponding table, which was noted by the members of the table. and they informed the police,” he said.

Alfonso Barrenechea noted that the prosecutor’s office was conducting a preliminary investigation and confirmed that police agents were interfering with Alex Torres Vargas. pnp hand over to the appropriate police department.

“We met a man who, apparently, took a card from the polling station in the appropriate place and with this card tried to go to the table indicated in his certificate,” the prosecutor said.