Gainer Alvarado arrived on the Oversight Commission with former Fujimorista congresswoman Rosa Bartra as a lawyer. 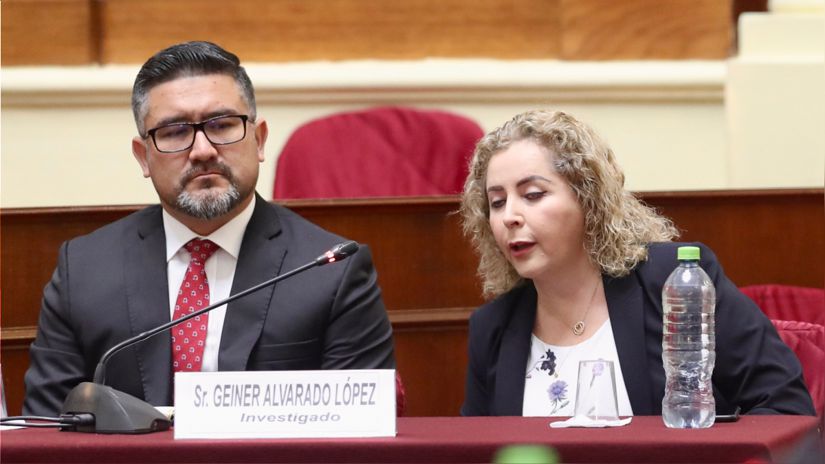 Gainer Alvarado, a former minister of ex-President Pedro Castillo, appeared before the Oversight Commission along with former Congresswoman Fujimori Rosa Bartra, who accredited herself as her lawyer. Alvarado appeared to testify before a parliamentary working group chaired by Hector Ventura as part of the investigations of alleged corruption crimes in the implementation of investment projects funded by the municipalities of Angii, Chachapoyas, Chadin, known as the “Angii Case”.

During his participation, former minister Alvarado decided to exercise his right to remain silent and refused to answer questions asked by Ventura. He spoke only to prove his defense, to clarify that he still had the same mobile phone number, and to emphasize that he was cooperating with the investigations launched against him, which are in the hands of the prosecutor’s office.

In addition to alleged acts of corruption in the projects of the municipalities of Angii, Chachapoyas and Chadin, alleged illegal activities funded by the government are being investigated. Ministry of Housing. It is supposed to be a criminal organization led by former President Pedro Castillo and controlled from the Government Palace.

Recall Yenifer Paredes, daughter-in-law of Castillo Terrones, again appeared before the Audit Commission last Wednesday, January 11, to answer on the same case. During the meeting, he clarified that he really worked for businessman Hugo Espino de from August to October 2021 and indicated that his role in the company was to “develop the social dimension of sanitation projects.”

“Mr. Espino has a lot to say. It’s one thing for Espino when he was in the investigation, and another for Espino when he had to negotiate his departure. (…). Mr. Espino said the last time I saw him, when they asked for preemptive pressure, that all they did was shoot down the one who is higher, ”he stressed.

Previous article
I believe the Half Moon Bay shooter is charged with 7 counts of murder
Next article
Ukraine. tanks for the spring offensive