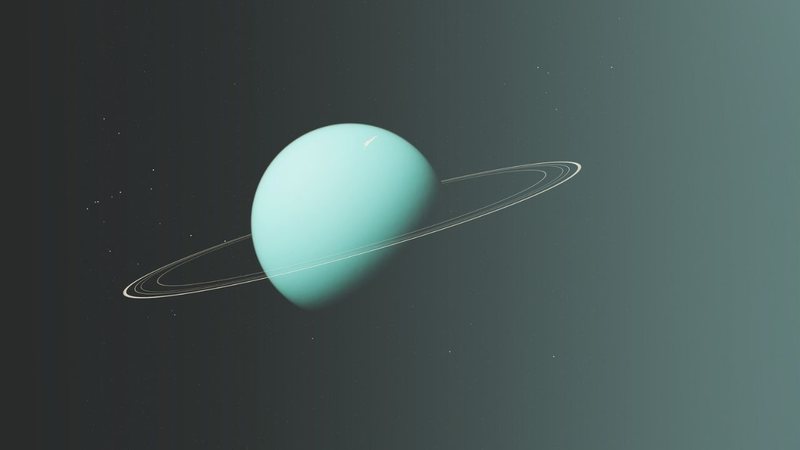 Learn more about Uranus, the planet that has a special way of revolving around the Sun

Uranus is a gas planet, made up mainly of hydrogen and helium. But it has a solid core of ice and rocks. Counting from the Sun, Uranus is the seventh planet in the Solar System and takes 84 Earth years to go around the Sun completely. Its atmosphere is the coldest: around minus 220 degrees Celsius.

In the photos, Uranus resembles a billiard ball, so smooth and tame are its clouds. But scientists have already made incredible discoveries about the planet. In 2006, for example, the Hubble telescope showed signs of a storm there. What looks like a speck in the photos is a hurricane 3,000 kilometers long by 1,700 kilometers wide. If it were on Earth, this storm would cover a third of South America.

Astronomers have discovered 27 moons of Uranus, all very small. Titania and Oberon are the biggest and Ariel is the brightest.

Uranus appears to be lying in space. That is, the North and South poles are in the place that, on other planets, corresponds to the Equator. No one can explain why he is like this. It could be that, early in the Solar System, something the size of Earth bumped into Uranus, bending it.

Like Saturn, Uranus has rings that revolve around it, but they are very thin.