Khlyvnyuk said what he actually does up front 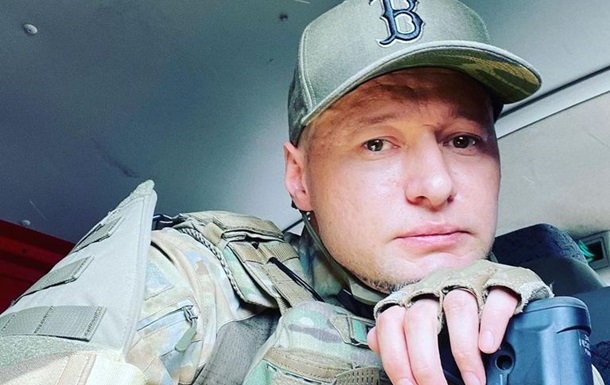 The actor admitted that his duties at the forefront have changed from February to the present.

The musician, vocalist of the Boombox group Andrei Khlyvnyuk, who from the first days of the war came to the defense of the Motherland, spoke about his work at the front. He said this in an interview with Rendezvous.

It is known that the artist is part of the Sofia patrol police unit and there he does not do the usual work of a policeman.

“We do not patrol the streets of cities and do not issue fines to those who violate traffic rules. This is the police who carry out military and humanitarian missions. The patrol police do not fight back,” he said.

At the same time, Andriy Khlyvniuk added that his duties have often changed since February. For example, in the first months of the war, he took part in the evacuation of civilians from the zone of active combat in the unit, and after studying, he became a combat drone operator.

“I was lucky, I did not participate in shooting battles and did not see the enemy at the range. I did not conduct combat missions. But for three months the crew to which I belonged was engaged in combat missions. “I am an operator of a combat strike drone, and I am with 4 other people in the crew. We are engaged in aerial reconnaissance and strike missions. So far, we have done 49 sorties,” shared the musician.

Also, the frontman of the Boombox group admitted that he was very embarrassed to be thanked on the streets, because real heroes wear pixels.

“Superheroes are doctors, infantry and artillery, helicopter pilots, tankers, pilots. Real heroes are not in neat cartoons, like me. Real heroes are in a pixel, and this pixel is in mud and blood,” he summed up.

It was previously reported that Khlyvnyuk admitted that at the front he had to talk to the Russians who were fighting on the side of Ukraine.

Andriy Khlyvnyuk showed a photo from the front line