Kamaliya tells the story of how she met her billionaire husband 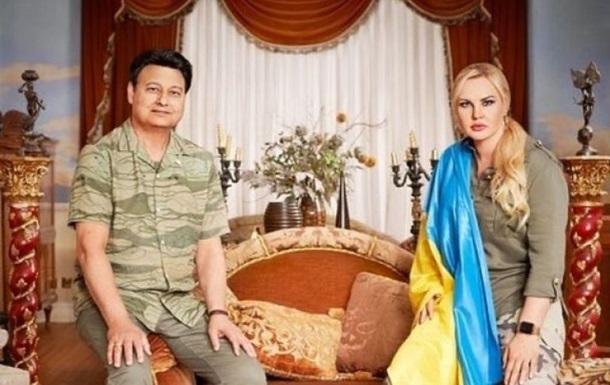 The performer admitted that he came to speak at an event where there were only male businessmen.

Ukrainian singer Kamaliya, who was married to Pakistani billionaire Mohammad Zahoor for 19 years, spoke about their acquaintance. He revealed this in an interview with Rostyslove Production.

According to him, before he met his wife, he experienced difficult moments in his life, however, his friend, who is also Zahoor’s friend, invited him to the event to distract him a little.

“It was an informal meeting. I was invited by our mutual friend. And I came. They asked me to sing. All were men at this meeting, I am one woman. there was a feeling when I saw him for the first time that that’s how he shines. There’s some kind of light coming from him. My first feeling is something I’ve never experienced before. Yes, I fell in love, but that’s how you look at people and the light comes from him,” he said.

Kamaliya also shared that the first meeting with the billionaire, who made a special impression on the artist, took place in one of the institutions in Kyiv on July 15. On July 19, Mohammad Zahur invited him to dinner. Since then, their romance began, which culminated in a wedding.

Earlier it was reported that Kamaliya, who is a close friend of Russian performer Philip Kirkorov, said why she supports the war in Ukraine.