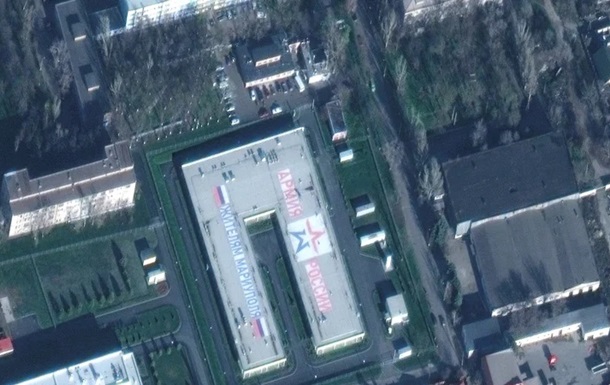 The Russian invaders, in addition to building a military complex, also “expanded” the city cemetery.

Russia is strengthening its military presence in occupied Mariupol. This is confirmed by satellite images of Maxar Technologies, which he published to him Twitter account.

According to the company, the photo was taken on Wednesday, November 30.

“In Mariupol, a Russian military complex was recently built in the northern center of the city. Pay attention to the slogan The Russian Army – the residents of Mariupol on the top of the roof,” the publication said.

In addition, on the roof of the building you can see the red-white-blue star of the Russian army.

The company also showed photos of the growing number of graves in the city’s cemeteries.

Note that the images appeared against the backdrop of reports that the Russian Federation is slowly building up its defensive positions in Mariupol, due to Ukrainian counter-offensives in the south and east, further endangering the city .

This city is strategically important for Russia, as it is part of its “land bridge” connecting Russia to the annexed Crimea.

It should be remembered that during the temporary occupation of Mariupol, the number of graves on the territory of the main cemetery of the city increased significantly.