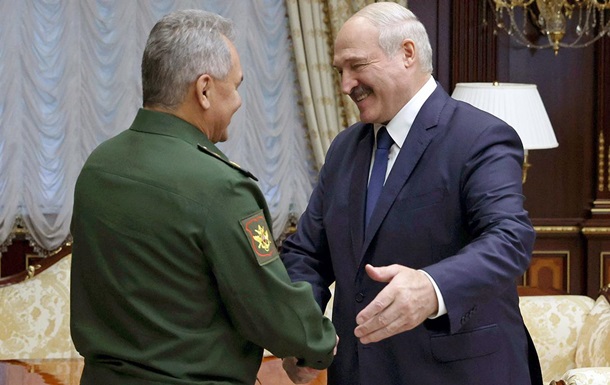 The Russian official arrived on an unannounced visit to Belarus, where he formally met with the country’s president.

Shoigu and Lukashenka discussed “combat training and coordination, protection of territorial integrity and refusal to negotiate.”

The formal leader of the Republic of Belarus said that neither Moscow nor Minsk allegedly “likes and dislikes war.” According to him, Belarus and Russia are “like a single group, a single army now.”

“I will not scare anyone here. You are even worse. Everyone is very scared, scared. But if they want us to live peacefully in our region, without looking at how it is viewed from across the ocean, and Russia , and Belarus are ready for this. If they want to fight to the last, whether it’s a Ukrainian, or a Pole, or even mercenaries, well, that’s their business, it’s their right. So far, for example, me and our special services that they are ready to fully negotiate and humanely negotiate,” said Lukashenka.

He also accused Ukraine and the West of “wanting to continue the war” and said that “then the special operation will not stop.”

Note that Shoigu’s visit to Belarus on Saturday was not announced in advance.

The signing of the documents took place not in the building of the Ministry of Defense or any other department, but at the airport in Machulishchi itself. After signing the documents, Lukashenka also went to Minsk to meet with Shoigu.

As we already reported, Lukashenka and Russian President Vladimir Putin agreed to a new meeting in December in a telephone conversation.