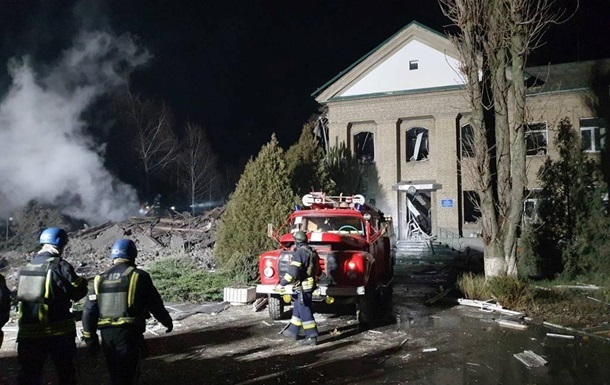 The Armed Forces of Ukraine destroyed the S300 missile system, with which the Russians killed a newborn boy in Volnyansk. This was announced on Thursday evening, November 24, by the mayor of Melitopol Ivan Fedorov on Telegram.

“The racists received the first signs of revenge for the killing of a baby in Volnyansk, Zaporozhye region. Our fighters destroyed the S300 missile system, with which the Russian terrorists entered the local maternity hospital,” wrote by Fedorov.

As reported, on the night of November 23, attackers opened fire at a hospital in Volnyansk. The missile destroyed the two-story building of the polyclinic maternity ward. A newborn boy died from a blow at the maternity hospital.

According to Fedorov, on the same day, the Ukrainian resistance forces found the location of the Russian missile system in the village of Zeleny Yar, and the artillery of the Armed Forces of Ukraine destroyed it.

Remember, Russian troops on the night of Thursday, November 24, opened fire in the suburbs of Zaporozhye, the rockets hit near the hospital. There were no casualties as a result of the enemy attack.

Zelensky reacted to the killing of a baby in Zaporozhye