Air defense is not provided. How to stop a missile attack 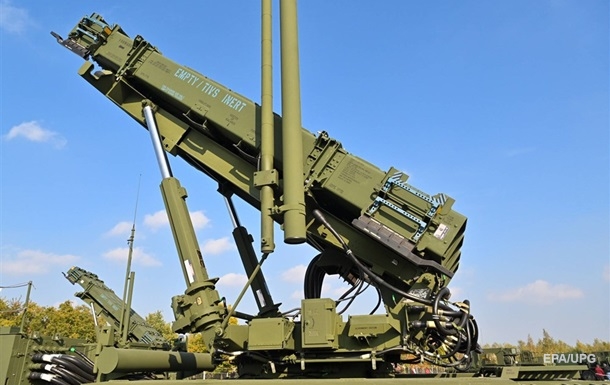 Ukraine, along with its allies, began to develop a joint declaration on the Ukrainian air shield, but while the declaration was being developed, the Russians continued to bomb Ukrainian cities.

During the mass shelling of Ukraine on November 23, the invaders fired 67 cruise missiles across the territory of our country, and 51 of them shot at the Armed Forces of Ukraine. Vladimir Putin has said since the spring that the Russians have destroyed the Ukrainian air defense, but it continues to regularly shoot down the invaders’ missiles, however, at the same time, it has long been working beyond its capabilities. The transition to the Western system was slow, as was the provision of much-needed weapons to the country.

Germany offered Poland Patriot missile defense systems for airspace security. But the Poles want to send these Patriots to Ukraine.

“After the new Russian missile strikes, I asked Germany to transfer the Patriot batteries offered to Poland to Ukraine and place them on its western border,” Polish Defense Minister Mariusz Blaszczak said.

Ground defense systems, such as Raytheon’s Patriot, are designed to intercept incoming missiles. But NATO lacks such systems, as many NATO allies reduced their numbers after the Cold War to reflect the assessment that they now only have to deal with a limited missile threat from countries like of Iran.

This view changed significantly after Russia’s invasion of Ukraine, which forced NATO allies to urgently increase their stockpiles of ammunition and solve problems with air defense systems.

But Germany is in no hurry to transfer the system to Ukraine.

“These Patriots are part of NATO’s integrated air defense, which means they are designed to be deployed on NATO territory,” German Defense Minister Christine Lambrecht said in a statement.

“Any use outside NATO territory will require prior discussion with NATO and allies,” he added.

President Volodymyr Zelensky said that former Prime Minister of Israel Benjamin Netanyahu, who may retake this post, assured the President of Ukraine that he would “think” and “think” about how to help the Ukraine to get Israeli air defense.

“The shifts are that we are back in touch with Netanyahu. We talk about the subject normally, because the list of “subjectivity” was given by our side. We moved all the nuances related to air defense. This is priority #1. He assured me that he will deal with this issue as soon as possible, think about where he can help, and come back with an answer,” Zelensky said.

The President noted that the Israeli side has been informed about what Ukraine needs and what assistance is needed.

Previous article
Ukraine signed an agreement for a $4.5 billion grant
Next article
Viking of the ocean. all migrants have left the Giens waiting room