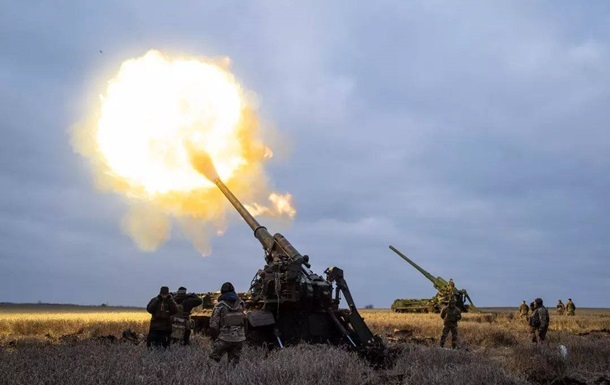 In the current day, the invaders launched two air strikes and carried out 16 attacks from the MLRS on the positions of the Armed Forces of Ukraine.

Under the direction of Bakhmut and Avdeevsky, the conquerors concentrated their main efforts on conducting offensive operations. This was reported in the evening summary of the General Staff of the Armed Forces of Ukraine on November 24.

It was also noted that the situation in the directions of Volyn and Polesye did not change significantly, and no signs of the formation of offensive groups of the enemy were found.

In the direction of Seversk on the borders of the Bryansk and Kursk regions, the enemy continues to carry out activities to occupy a section of the Russian-Ukrainian border, to carry out demonstrations and provocative actions. He fired artillery in the areas of the settlements of Gay, Khrenovka and Yasnaya Polyana of the Chernihiv region and Basovka and Seredina-Buda of the Sumy region.

In the direction of Slobozhansky, from the borders of the Belgorod region, the enemy opened fire from mortars, cannons and rocket artillery in the areas of the settlements of Guryev, Strelechya, Liptsy, Zelenoe, Staritsa, Ogurtsovo, Figolovka and Dvurechnaya of the region of Kharkov. An enemy UAV strike operated in the area of ​​the village of Zelenoe.

In the direction of Kupyansky and Limansky, the attackers opened fire, in particular, in the areas of the settlements of Berestovo, Andreevka, Kurilovka, Kupyansk and Kislovka of the Kharkov region; Ploschanka and Makeevka in Luhansk region and Yampolevka and Toretsk in Donetsk region.

In the direction of Krivoy Rog and Kherson, the enemy will improve fortification equipment and logistical support for advanced units. Contacted various caliber artillery for shelling Pridnepryansky, Dnepropetrovsk region; Mikhailovka, Kachkarovka, Milovy, Zmievka, Ivanovka, Antonovka and Chernobaevka in the Kherson region and the city of Kherson itself.

According to the General Staff, on the current day, the Russian invaders launched two air strikes, carried out 16 attacks from multiple rocket launch systems on the positions of Ukrainian troops and civilian objects.

Recall that the General Staff assessed Belarus’ readiness to attack.

As reported, according to GUR, the Russian Federation is preparing the next mass strike against Ukraine in about a week.

Previous article
Anna Koshmal shows how the Russians reacted to a missile attack in Ukraine
Next article
Rocket strike: cut off oil supplies to Slovakia