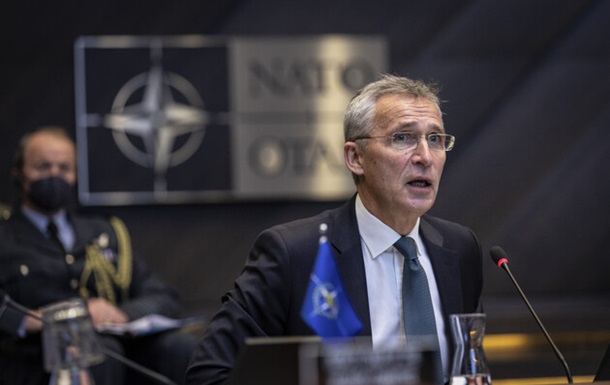 NATO Secretary General Jens Stoltenberg believes that Russia’s victory will be considered a defeat for the North Atlantic Alliance itself.

NATO Secretary General Jens Stoltenberg believes that Russia’s victory in the war against Ukraine is the defeat of the North Atlantic Alliance itself, so this result cannot be allowed. He said this at a briefing in Brussels on October 11.

According to the Secretary General of NATO, the barbaric shelling carried out by Russia against the civilian population of Ukraine testifies to the impotence of the Russian army on the battlefield, and also that the Russian Federation will not be able to win this war.

“Russia’s victory in the war in Ukraine will be a defeat for NATO. This cannot be allowed to happen. That is why the North Atlantic Alliance plans to increase and maintain support for Ukraine so that it can continue to defend and liberate its territories from Russian. Ukraine has gained momentum and continues to make significant progress, at the same time when Russia is increasingly resorting to horrific indiscriminate attacks on civilians and more critical infrastructure,” Stoltenberg said. .

According to him, the rocket attacks on Ukraine on October 10 are a sign of weakness.

“Russia is losing on the battlefield because Russia is incapable of stopping the advance of Ukrainian forces. They can only respond to such attacks on Ukrainian cities,” said the Secretary General.

He believes that such Kremlin decisions indicate that Russian President Vladimir Putin has no alternatives.

“They have lost territories, they have lost momentum, so they are launching missile strikes, which we saw yesterday and today,” added the NATO Secretary General.

NATO will also conduct scheduled nuclear deterrent exercises in the near future. They should help prevent a potential escalation from Russia.

“This is a long-planned exercise that we conduct annually and it was included in the exercise schedule even before the attack on Ukraine. The Steadfast Noon exercise aims to ensure the effectiveness and security of our nuclear deterrent forces. Our position is open. It would be strange if we canceled these planned exercises because of the war in Ukraine, that would be the wrong signal,” said the NATO Secretary General.

He also mentioned that the alleged behavior of NATO countries is the way to prevent escalation. The Alliance aims to ensure peace and prevent attacks on its borders.

It will be remembered that Stoltenberg called Foreign Minister Dmitry Kuleba after a mass shelling in Ukraine by the Russian invaders. He pledged that NATO would continue to support the Ukrainian people in resisting the Kremlin’s aggression as long as necessary.

Previous article
Food Bonus will be paid from this month, who can be the recipient?
Next article
IMF: in 2023 the global economy will slow down even more and the risk of recession will increase