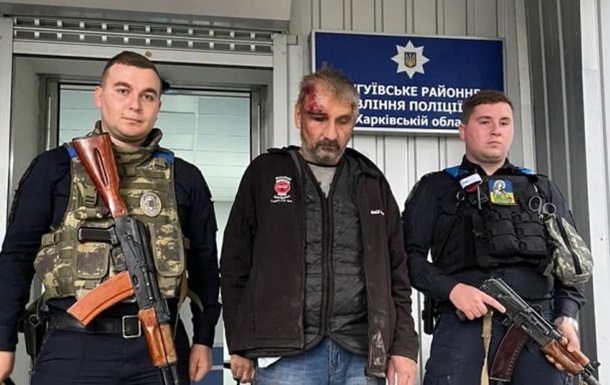 Detention of Russian soldiers or bandits from ORDLO is a criminal act.

In the occupied territory of the Kharkiv region, a local resident was exposed, hiding a soldier of the so-called “LNR” in his place. This was announced on Sunday, October 2, by the head of the investigative department of the GUNP in the Kharkiv region, Sergey Bolvinov, on Facebook.

“During training in the occupied territories, the police received information that a resident of Chkalovskoye village gave his residence and clothes for shelter to the so-called “LPR” serviceman. He was detained, a case was opened against both,” he said.

Bolvinov said that Sergey Pasechnik, born in 1968, “signalman” of the “LPR” bandit formation, was informed of a suspicion under Part 2 of Art. 260, with a prison sentence of three to eight years.

And 60-year-old Sergei Bogdanov, a resident of the village. Chkalovskoye, faces criminal liability under Article 111-1 part 4, which can be punished either by a fine, or imprisonment, or a ban on engaging in certain activities.

“I remind everyone that harboring Russian servicemen or bandits from ORDLO is a criminal punishable act. Collaborative activity,” said Bolvinov.