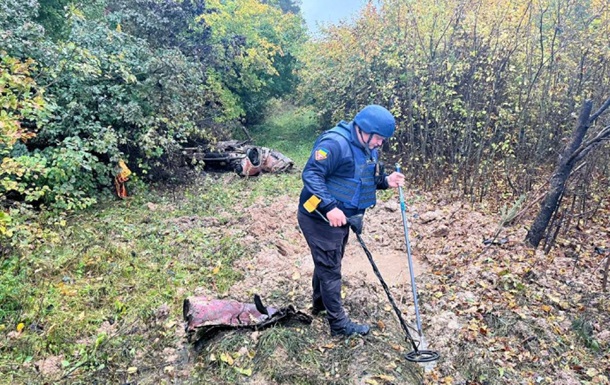 In the Chernihiv region, express demining was carried out (fields, farms, roadsides near highways), while complete demining would take many years.

In the Chernihiv region, the bodies of four men and a car that probably exploded in a mine were found, said Vyacheslav Chaus, chairman of the Chernihiv Regional State Administration.

“A car with 4 civilian residents of the region stumbled on a mine in a forest near Shestovitsa. Everyone died. Unfortunately, people ignored the warning signs, as well as the temporary ban on visiting the forests. Law enforcement officials and pyrotechnics of the State Emergency Service are now working at the scene,” said the head of the Regional State Administration.

Chaus emphasized that express demining was carried out in the region (farms, farms, roadsides near highways), while complete demining will take many years.

Recall that in the Akhtyrsky district of the Sumy region, a car connected to JSC Ukrtelecom exploded in an enemy mine.

Earlier in the Kharkiv region, two men were blown up by mines while picking mushrooms.

Previous article
Armenia accused Azerbaijan of shooting prisoners of war
Next article
Office of the Ombudsman: Until yesterday, more than 800 polling stations in the country were close to the election campaign