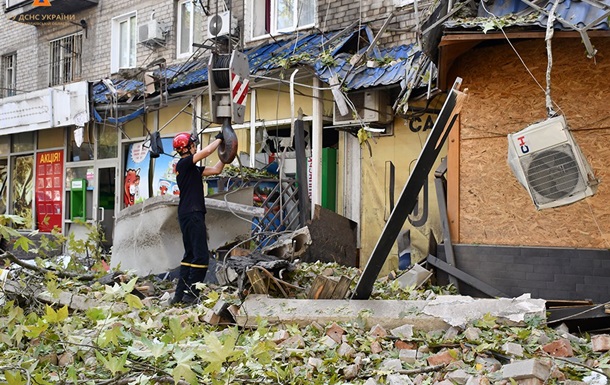 The Central and Ingul regions fell under the attack of the invaders. One woman died, another and her baby were injured.

Last night, the Russian invaders opened fire on Nikolaev twice – with the help of kamikaze drones and artillery. As a result, one person died. It was announced on Saturday evening, October 1, by the city mayor Alexander Senkevich.

According to him, in the first attack, six Iranian Shahed-136 drones hit administrative buildings and warehouses, then the fire started. No one was killed.

Four hours later, the city was under massive enemy shelling. Central and Ingul regions were hit.

So, in the first district, a Russian shell hit a five-story building, completely destroying four apartments. The body of a 29-year-old woman was found under the rubble. Also in this area, seven more apartment buildings and six private houses were damaged.

In the Ingulsky district, the invaders set fire to three apartment buildings and five private houses. As a result, a mother with a three-month-old child was injured – they were hospitalized.

According to media reports, the aforementioned mother and baby lost their homes. Now they are in the hospital: a woman with a severe craniocerebral injury, a child with mine-explosive injuries, burns and shrapnel wounds.

In addition to the residential sector, Senkevich concluded, an educational institution, a medical institution and a church were damaged in the city.

It will be recalled that the Russian Federation has recently become widespread due to the success of the Ukrainian military at the front, destroying the critical infrastructure of Ukraine and the city.