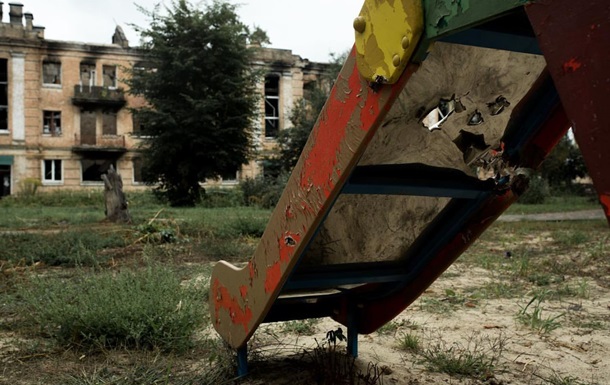 The damage caused by the war is 1.6 times higher than Ukraine’s GDP; The new military aid package will help us defend the country from Russian aggression. Athletistic highlights yesterday’s key events.

Named the value of the restoration of Ukraine

The damage caused to Ukraine by the war with the Russian Federation is 1.6 times higher than the state’s GDP. The need for funds is about $350 billion. According to the Ministry of Regional Development, the total number of things in need of restoration in the liberated regions has reached nearly 51,000. At the same time, the total amount of disbursed funds allocated from the reserve fund of the state budget is only 57%.

The Pentagon has confirmed new aid for Ukraine, which will amount to about $1.1 billion. It is noted that it will be a “multi-year investment” in critical capabilities for the creation of a long-term power of the Armed Forces of Ukraine.

The EU is allocating €500 million in budget support to Ukraine

We are talking about budget support for Ukraine in the amount of 500 million euros to reduce vulnerability and increase Ukraine’s food security through support for the affected population and agricultural production.

Ukraine’s economic recovery will be slower than previously predicted

This year, the Ukrainian economy will shrink by almost a third. This forecast was published by the European Bank for Reconstruction and Development (EBRD). Although the fighting has become more concentrated in recent months, covering an area that accounts for only about 20% of GDP, the destruction of human capital, infrastructure and productive capacity is enormous, according to the bank. About 15% of the pre-war population had left the country by mid-August, and another 15% had become internally displaced.

The EU condemned the pseudo-referendums

The European Union condemned the conduct of pseudo-referendums by the Russian occupiers in the temporarily occupied territories of Ukraine. The same applies to the announcement of fake “vote” results. As the EU stated, this is another violation of Ukraine’s sovereignty + territorial integrity, against the backdrop of systematic human rights violations.

In Germany, Denmark and Sweden, it is believed that the cause of the leak in two strings of the Nord Stream gas pipeline was targeted explosions, and not natural causes. Thus, the Prime Minister of Sweden Magdalena Andersson said that two explosions were recorded in the pipeline. Also, seismologists in Denmark and Sweden confirmed that they registered two strong explosions that thundered on Monday in the area of ​​the leak.

In this regard, the head of EU diplomacy, Josep Borrell, said that the European Union intends to strengthen the protection of its energy infrastructure after the incidents that caused a leak from the Nord Stream gas pipeline. He also added that the EU would support any investigation aimed at getting full clarity on what happened and why, and would take “further steps to improve our energy security stability.”

The European Broadcasting Union (EBU) has announced that two cities, Glasgow and Liverpool, will compete for the right to host the international song contest in 2023. The commission is in talks with representatives from both cities to select the best candidate. A final decision will be made in a few weeks.

Five million citizens could leave Ukraine if the war drags on for a long time. Today, 1.2 million Ukrainians who left the country after February 24 remain abroad. There is also a danger that after the lifting of martial law, men will start leaving for their wives with children.

The social housing program was launched in Ukraine

Families with many children, internally displaced people and people whose housing was destroyed as a result of the conflict will be participants in the temporary social housing program. In the near future, families in Chernigov, Zhytomyr and Kyiv regions will receive social housing. Currently, 60 apartments have been purchased for temporary housing of citizens of Zhytomyr, Kyiv, Chernihiv and Sumy regions.

The invaders asked to go to Russia

The authorities occupying parts of Donetsk, Luhansk, Kherson and Zaporozhye regions temporarily not controlled by Ukraine have appealed to Russian President Vladimir Putin with a request to accept the territories that allegedly seceded from Ukraine towards in the Russian Federation.

The European Commission agreed to limit the price of Russian oil

The European Commission has approved a new package of sanctions against the Russian Federation, which includes limiting the price of Russian oil and lifting the ban on the transport of Russian fertilizers and cement. The EU is considering capping prices for Russian oil at its implementation level in Asia – about 30% cheaper than current prices in Europe.

In the picture, the king takes off his shoes after walking. Judging by the photo, King Charles is wearing very worn shoes. Moreover, he was quite comfortable during the frame, despite the photographer’s company.

Previous article
Two passenger planes collided at London airport
Next article
In Russia, they again tried to set fire to the military registration and enlistment office