The Kremlin does not know where Medvedchuk – Peskov 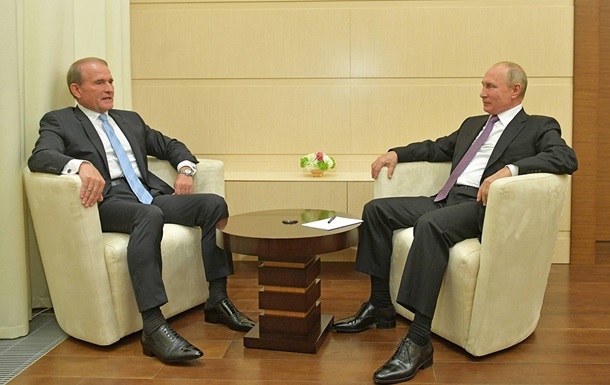 Kuma Putin was exchanged for 200 Ukrainian soldiers, but the Kremlin refused to comment on this issue.

The Press Secretary of the President of the Russian Federation, Dmitry Peskov, said that the Kremlin does not know the whereabouts of Viktor Medvedchuk, who was given to Russia during the exchange.

“I don’t have such information,” Peskov said on Friday, September 23.

He also refused to confirm the very fact of Medvedchuk’s exchange. “I did not comment. I do not give information on the subject of the exchange,” said Peskov.

According to him, “one can only accept” the Russian military exchange.

“Each exchange is the result of very, very hard work, very painful, complicated, active work. In any case, one can only welcome the return of people from the dungeons of the Kyiv regime, especially our men,” a Kremlin spokesman said. .

It will be remembered that on September 21, Ukraine exchanged Medvedchuk for 200 prisoners of war, most of whom were defenders of Azovstal.