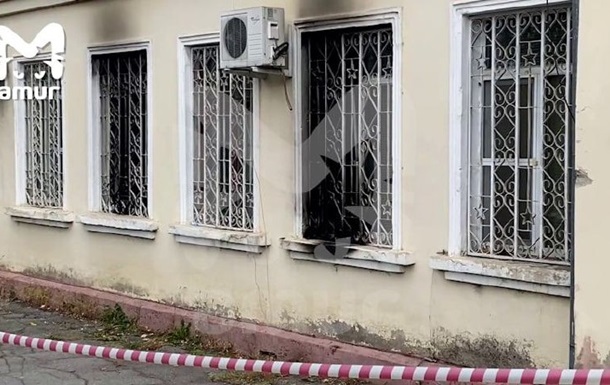 The Russians are trying to avoid mobilization by burning, because they don’t want to fight in Ukraine.

On the evening and morning of September 23, unknown persons set fire to the military registration and enlistment offices in Svobodny and Khabarovsk, administrations near Vologda and in Altai. This was reported by the Russian Telegram channel SHOT.

So, on the evening of September 22, in Svobodnoye, Amur Region, an unknown person threw a Molotov cocktail at the Commissariat building. He fell to the asphalt and caught fire, destroying the facade of the building. No one was injured in the attack.

On the morning of September 23 in Khabarovsk, an attack was made on the commissariat located on Uzlovaya Street. There, the arsonists left the bottle between the bars of the windows of the office of the head of the mobilization department and the office for storing statistical documentation, and then set it on fire. The military enlistment office saved the papers by putting out the fire.

Two local administrations were also burned – the mayor’s office in the city of Kamyshin (Volgograd region) and the village council in the village of Tselinny in Altai.