Orban believes that the war in Ukraine will last until 2030 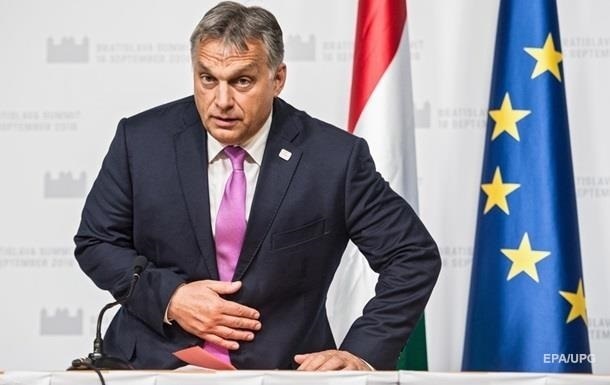 The Hungarian Prime Minister also predicts the collapse of the European Union and promises not to allow the extension of sanctions against the Russian Federation.

Hungarian Prime Minister Viktor Orban believes that the war in Ukraine could continue until 2030 and that Ukraine could lose a third or half of its territory, and also allow the collapse of the European Union in the next decade. He said this in his speech at a closed meeting in the village of Ketch on September 10, the details of which were published by Szabad Europa just now.

The meeting in Ketch, which was attended by the Prime Minister, members of the government, parliamentarians and artists, intellectuals and businessmen from the circle of Fidesz, was organized by Viktor Orban’s party. For many years the meeting was held in complete secrecy. It was attended by representatives of the pro-government media, but not a single line of the prime minister’s speech had been published.

One of the most important elements of the speech was the war in Ukraine.

Orban believes that this war may continue until 2030, and Ukraine may lose a third or half of its territory. According to the Hungarian prime minister, the war would have been local, but the West intervened and made it global, and now Europe is “shooting itself in the foot” with sanctions.

Due to the energy crisis caused by the sanctions, Orbán predicts that up to 40% of European industry could shut down during the winter. European leaders are expected to negotiate on extending the sanctions package for another six months in the fall, and Orban plans to make efforts to prevent them from being extended.

Viktor Orban knows that he is now almost the only head of government in the EU who does not want to extend the sanctions. But he hopes that after the elections in September Italy will form a government that will support his position.

Regarding the future of the EU, Orban admitted that the eurozone and even the European Union itself could collapse before 2030. He also mentioned the fact that by 2040 Muslim immigrants will form the majority of French cities, and this may occur in other EU cities and capitals.

On the eve of the media it was reported that the European Union is ready to reduce funding for Hungary. Corruption in Viktor Orban’s government was cited as the reason.

It was also previously reported that Hungarians are increasingly dissatisfied with Prime Minister Viktor Orban’s pro-Russian foreign policy in the context of the war in Ukraine.