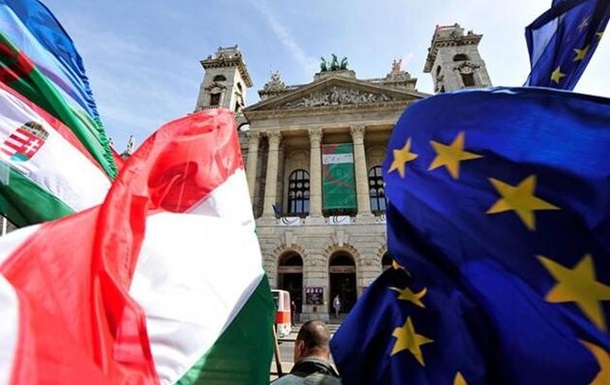 The Czech Republic’s government minister who heads the European Union believes that Hungary has come a long way to the edge of a kind of cliff, and now it must decide whether to walk away from this edge or jump off.

Czech Government Minister for European Affairs Mikulas Beck believes that Hungary’s recent actions make it theoretically possible that it could leave the European Union. Beck made such a statement in an interview with the Czech radio station iROZHLAS.

“Unity in the European Union has never been and will never be the unity of one voice – it will always be the unity of many. The unity of many voices that engage in dialogue among themselves sometimes argue, but in they finally found mutual agreement on key issues,” the Czech official said.

Beck added that he would be busy “keeping Hungary in the European mainstream” in the coming months, and pointed to a “small positive signal” – Budapest’s refusal to remove three oligarchs from the sanctions list EU.

“Negotiations with the EU are often difficult and can be carried out by many countries. But Hungary, in my opinion, is already far from the edge of some kind of abyss, and now it must decide whether to walk away from this edge. or take a risk and jump, the consequences that I would not think like,” he said.

To clarify the leading minister of the Czech government said that in theory we can talk about the exit of Hungary from the European Union.

In recent years, the European Union has been frequently criticized by the Hungarian authorities, especially for its accusations of human rights violations and the Budapest rule of law.

At the same time, on August 31, Hungary signed an additional contract with Gazprom, providing for the supply of an additional 5.8 million cubic meters of gas per day from September 1.

Previous article
Explosions rumbled in Kharkiv, Nikolaev and Dnipro – media
Next article
Record the number of marriages registered in Ukraine