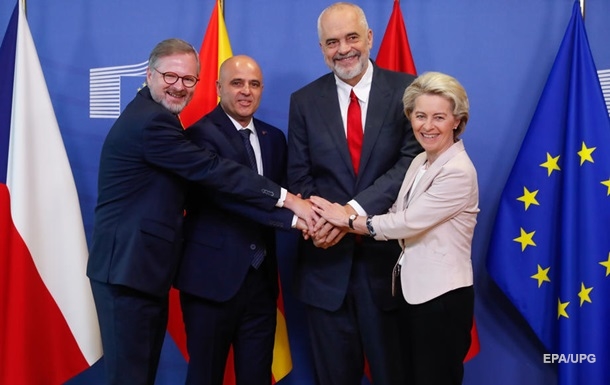 Countries have come a long way from the status of candidates for membership to discussing accession to the European Union.

“Today, Albania and North Macedonia are opening negotiations on accession to the EU. This historic moment is your victory. The result of your hard work. The European Commission has supported you in everything. We will continue to do so, “he wrote.

“You have shown patience, vision and leadership. And you have repeatedly proved your commitment to European values ​​as friends and reliable partners. We will all benefit when we accept Albania and North Macedonia into the EU someday,” he said. by von der Leyen in a briefing.

Recall, on June 18, the EU Council decided to start negotiations with Albania and North Macedonia on membership in the association.

As you know, North Macedonia received candidate status for EU membership in 2005, and Albania in 2014.

Zelensky compared the path to the EU to climbing Everest

Previous article
WHO warns of a new wave of COVID-19 in Europe with an increase in the number of hospitalizations
Next article
A man sleeping on a beach was crushed to death by a sweeper in the US.