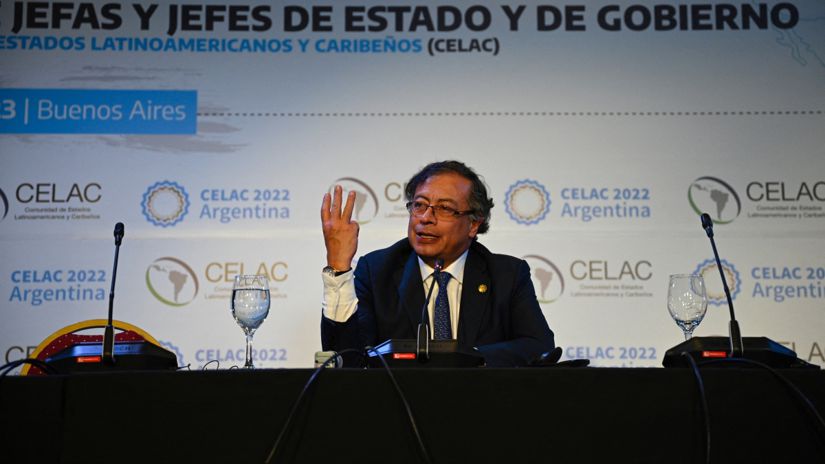 Colombian President Gustavo Petro invited United States of America help open the spreadsheet political dialogue “to help the Peruvian society in the democratic transition in Peru” and end the crisis that the country is going through.

In a post posted on his social media, Colombian head of state shared a video of a squad of soldiers allegedly arriving at a protest in Puno, to which he asked the question: “The Organization of American States (OAS) calls it democracy.”

“I would suggest that the US help open a political dialogue table to help Peruvian society make a democratic transition in Peru,” the Colombian president added.

Petro He had previously spoken out in defense of former Peruvian President Pedro Castillo, which earned him a denial from the Peruvian Congress for “acts of interference”.

New Government Peru expressed “profound discomfort” over the statements Petro in support of Lockconsidering them “unacceptable” interference in the country’s internal affairs in a diplomatic note delivered by the Peruvian Foreign Ministry to the Colombian embassy.

Colombia also signed a statement with the governments of Mexico, Argentina and Bolivia, guaranteeing that Lock, whom they still recognize as president, is “a victim of undemocratic persecution,” to which the Peruvian executive responded by calling its ambassadors for consultations. When asked if he would recognize Dina Boluarte as president, Petro he declined to answer.

Terrones Castle He was fired by Congress on December 7 after announcing he would close the Legislature and rule by decree, and is currently serving preventive detention for 18 months for the alleged commission of the crime of mutiny and conspiracy, charges for which he faces a possible sentence of 10 years in prison.

(As reported by EFE)

Previous article
The Pentagon has announced the contents of a new aid package to Ukraine
Next article
Madre de Dios, Arequipa, Puno and Ica are on high alert due to lack of fuel