In the morning, the Russians hit Kupyansk – OVA 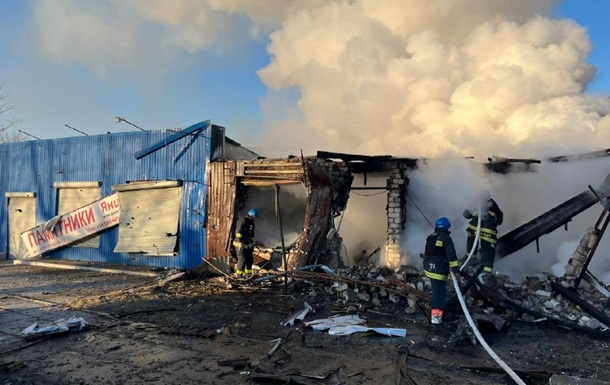 As a result of the “arrival” in Kupyansk, a private house and a shop are on fire, emergency services are working in the area.

Russian invaders on the morning of January 25 struck Kupyansk. The shooting happened at 7 am. This was reported by the head of Kharkiv OVA Oleg Sinegubov.

According to him, a private house and a shop were burning there. Previously, there were no casualties. Emergency services are on site.

In addition, as noted by Sinegubov, in the past day in the direction of Slobozhansky, the areas of the settlements of Gatishche, Volchansk, Volchansky Khutor, Budarki and Dvurechnaya underwent shelling.

“In the direction of Kupyansk, the enemy fired at Olshanka, Sinkovka, Ivanovka, Kotlyarovka and Tabaevka. In Volchansk, Chuguevsky district, enemy shells fell on the territory of a physical and recreational complex. the roof of an outbuilding and broken window in a private house,” the report said.

Remember, on January 24, the Russian army fired on a maternity hospital, a school and a clinic in Kherson. No one was killed, but windows and doors were smashed in buildings, and fragments of a Russian shell hit a gas pipe. And in the past day, the Kherson region was shot 52 times, there were dead and wounded.