Protests in Lima: Protesters gather in different parts of the capital to march to the Congress 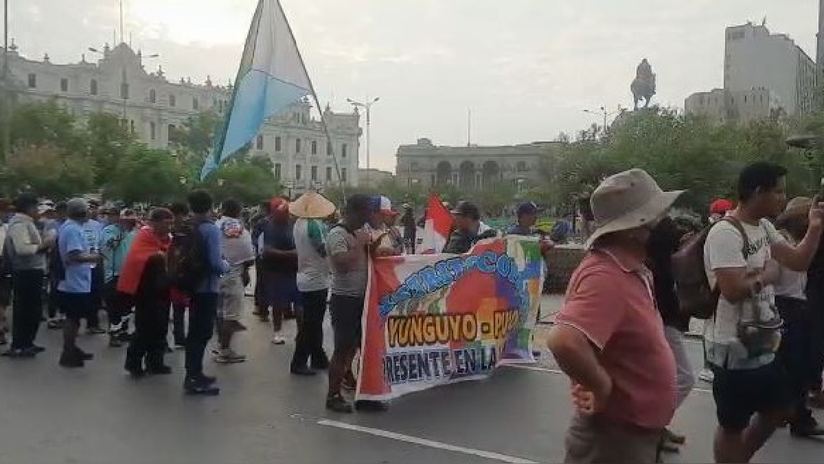 Protesters against President Dina Boluarte continue their mobilization on the streets of the capital a week after the call “The Capture of Lima”. Protestants gather at various points in the city and then begin their journey to Parliament.

In this situation RPP news could know that four seasons Metropolitan, near the center of Lima were closed as a precaution and the Purple Corridor bus routes were changed. Police have already had to use tear gas to disperse protesters at Hiron Lamp.

Protests outside the US embassy

A group of demonstrators arrived at the US embassy in Surko, protesting against the government of Dina Boluarte. People gathered in front of the main entrance and vehicle traffic was restricted on Avenida la Encalada in both directions. Several citizens reported this through the Rotafono de News RPP.

To ensure security, a police contingent was deployed at the main gate of the embassy. In addition, the demonstrators set up a flag on the highway, blocking the movement of vehicles. They arrived at the embassy after walking along Avenida el Derby and concentrated in the area, waiting for new people. The demonstration is peaceful.

Demonstrators demanding the resignation of President Dina Boluarte and members of the national police yesterday again staged violent clashes in all the streets of downtown Lima.

The violence began around 4:30 pm when a group of protesters tried to get to the Congress through a patch of Lamp. The police used tear gas to clear the road, but because of this, people began to attack with stones and bottles. The RPP was able to verify damage to the public decoration.

Groups from various southern regions participated in this mobilization. They were also joined by university students who marched to protest the police intervention that took place in San Marcos last Saturday, and another group of protesters gathered in Plaza dos de Mayo.

After the clashes, the police detained about 10 people and took them to the Cotabambas police station.

Previous article
Training of Ukrainians on Abrams will begin in weeks, not months – White House
Next article
Gerard Pique has published the first photo with his partner Clara Chia Marti.