Training of Ukrainians on Abrams will begin in weeks, not months – White House 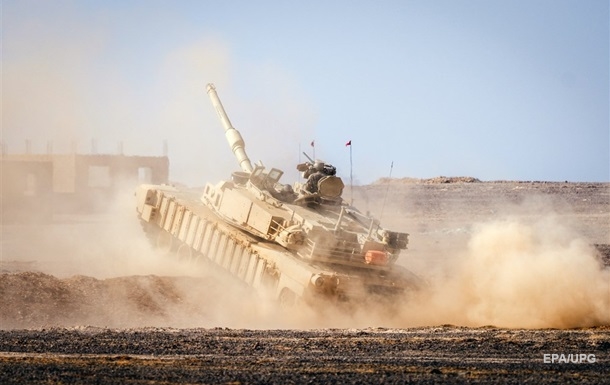 It will take “weeks, not months” for the Pentagon to begin training Ukrainian troops on Abrams tanks. At the same time, the purchase of tanks and the completion of such preparations will take several months.

The Ukrainian military will begin training with American M1 Abrams tanks in the coming weeks. John Kirby, coordinator for strategic communications at the White House National Security Council, said this in a commentary on CNN.

“There was a lot of diplomacy in today’s announcements. The decision you saw today, both from Germany and from the United States, was made over several weeks in many, many discussions with the Germans and our allies,” he says.

At the same time, Kirby noted that the Pentagon will probably need “weeks, not months” to develop and implement a plan for training the Ukrainian military on M1 Abrams tanks. At the same time, the purchase of tanks and the completion of such preparations, he said, will take several months.

“How long will it take? I can’t really say. They (the Pentagon) are still working on this issue. We don’t think it will take long. I would say it could be weeks, not months, before they will be able to get clear on the details and start implementing a training regime,” says Kirby.

Remember, US President Joe Biden officially announced the supply of 31 M1 Abrams tanks and other equipment for the Armed Forces of Ukraine.

The Pentagon later released the contents of a new aid package to Ukraine.

Previous article
Ron DeSantis was threatened with legal action for banning AP African American Studies
Next article
Protests in Lima: Protesters gather in different parts of the capital to march to the Congress

By Lea MabillonInstalled 53 minutes ago, Refresh right nowA photo published by relatives of the Maxwell clan since January 27 seeks to prove the...
Buna Time