In the Czech Republic, archaeologists found a structure older than the Egyptian pyramids 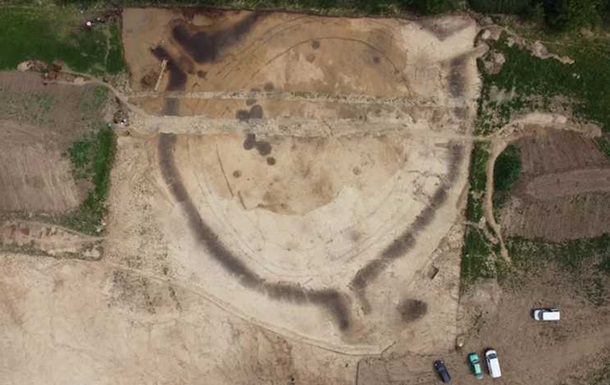 Photo: Institute of Archeology of the Czech Academy of Sciences

Hundreds of such circular earthworks have been found throughout central Europe. Their function is still debated.

Archaeologists excavating near Prague have discovered the remains of a Stone Age structure older than Stonehenge and even the Egyptian pyramids. Such complexes are called “round dances”. This is reported by Live Science.

About seven thousand years ago, during the Late Neolithic, the local farming community may have gathered in this round building, although its true purpose is unknown.

It is known that the excavated circle was large – about 55 meters in diameter, or about the same height as the Leaning Tower of Pisa. Its builders were part of the hatched pottery culture that flourished between 4900 and 4400 BC.

Miroslav Kraus, leader of the excavation of the round dances in the Vinorža area on behalf of the IAP, said that the discovery of the structure could give them a clue about the building’s use. Researchers first became aware of the existence of the round dance in the 1980s, when builders were laying gas and water pipes.

Also, a representative of the Institute of Archeology of the Czech Academy of Sciences (IAP), Jaroslav Rzhidkiy, said that the people who created hatched pottery were known for building temples in the Czech region of Bohemia.

Their inhabited agricultural villages – located at the junction of modern Poland, eastern Germany and northern Bohemia – consisted of several longhouses, large rectangular buildings that could accommodate 20 to 30 people.

Circular ditches are one or more wide, circular canals with several openings that serve as entrances. The inside of each dance circle probably had wooden posts, and the cracks may have been plastered with mud.

It was previously reported that a rare intact burial cave with dozens of Late Bronze Age artifacts was discovered in Israel.

In Gaza, a farmer accidentally found an exquisite Byzantine mosaic